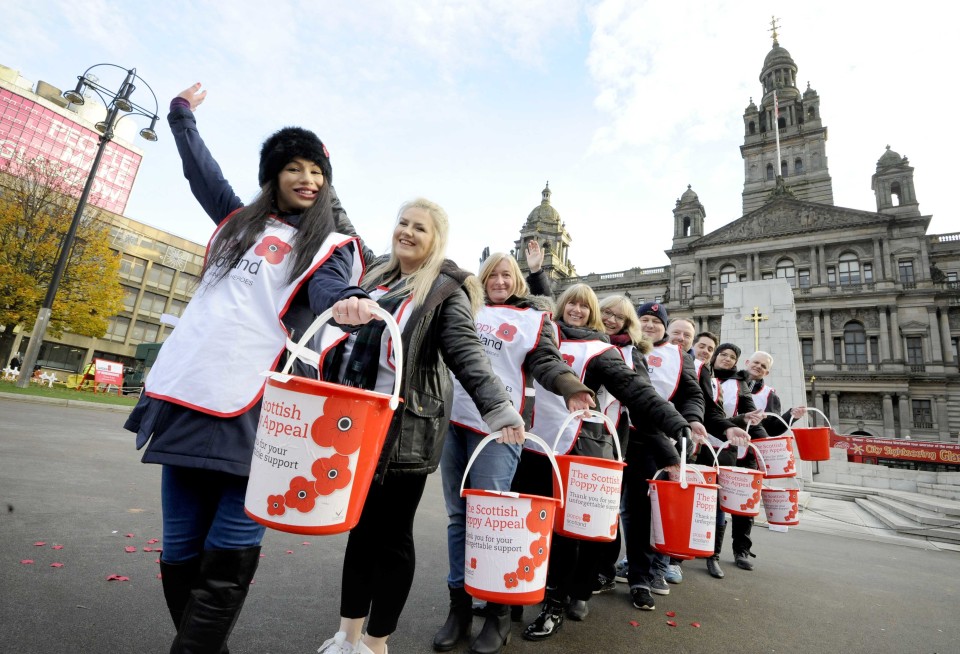 Today (11 November), staff from Golden Charter, the UK's leading independent provider of funeral plans, will spend Remembrance Day fundraising for Poppyscotland. The ten staff members will volunteer their time and hit the streets of Glasgow to encourage locals to give generously to the Scottish Poppy Appeal 2016.

This year, Golden Charter and its network of independent funeral directors throughout the UK are working with The Royal British Legion and Poppyscotland to help provide life-changing support to the Armed Forces community. They hope to raise over £100,000 through corporate donations, sponsored activities and staff events.

The money raised will help veterans of the British Armed Forces and their families with respite care, employment opportunities for disabled veterans, financial assistance, specialist housing and mental health support services. Five million poppies are distributed across Scotland each year for this incredible cause.

Ronnie Wayte, Chief Executive of Golden Charter, said: "Remembrance Day is a chance to reflect on the invaluable contribution of our Armed Forces and the bravery of our veterans and serving men and women. I'm incredibly proud of Golden Charter staff raising funds for the Scottish Poppy Appeal. In addition to the money raised today, a £25 donation will be made to The Royal British Legion and Poppyscotland for every funeral plan we sell over the phone, via our website and through participating funeral directors until the end of the year."

Poppyscotland is hosting a series of 'corporate raids' where businesses provide volunteers to collect money on the streets of Scotland for the charity. Golden Charter will be joined by several other organisations as part of the Glasgow corporate raid today.

Stuart Lang, Corporate Fundraiser at Poppyscotland, said: "We'd like to thank all of our corporate partners for taking part in today's poppy collection raid in Glasgow. Corporate raids are really important to Poppyscotland, as they help us to collect as many donations as possible from the generous Scottish public. It's also a fun day out for local businesses to get a break away from the office, get on the streets and get collecting.

"Now more than ever before, the Armed Forces community needs the support of the Scottish public. The shocking reality is that one in eight veterans have a fundamental unmet need for support, and more than half suffer from a long-term illness or disability.

"That's why we're calling for the Scottish public to go that extra mile in their support for this year's Poppy Appeal. Whether it's going the extra mile with our corporate raids, or taking on an entirely new challenge, every penny helps us to offer life-changing support to the Armed Forces community in Scotland."

Golden Charter is supporting The Royal British Legion and Poppyscotland, who provide lifelong support for the Armed Forces community -- serving men and women, veterans and their families. In recognition of their work, £25 will be donated to the charities for every Golden Charter funeral plan sold.

£25 from the sale of your funeral plan (when you take out your plan within six months of your enquiry and do not cancel) will be paid to Royal British Legion Trading Limited which gives its taxable profits to The Royal British Legion (Charity no. 219279) and Poppyscotland (Scottish Charity No. SC014096).