Music Choice is Key to Setting the Mood at a Funeral 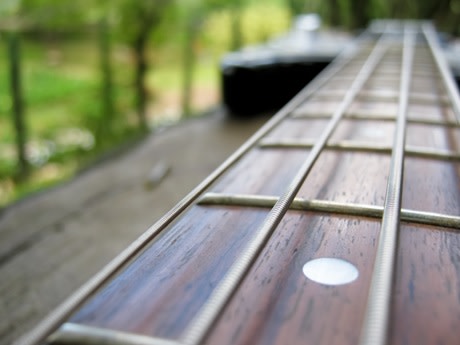 Music plays a vital role in a memorial ceremony, which means a lot of thought should be put into choosing the best songs to play at your own funeral.

Equally as important as a eulogy, the music played at a funeral sets the mood -- whether it's traditional organ music or modern chart -- and adds a personal touch to the proceedings, leaving a lasting impression on your loved ones and reminding them of your time on earth.

Personally, whenever I hear Blink 182's 'Miss You' or Green Day's 'Wake Me Up When September Ends', it reminds me of a college friend whose funeral I attended almost seven years ago.

Unfortunately, my friend died quite suddenly so he wasn't able to choose his own music, but I know that he would have been drumming away on a pew had he been there, and that brought great comfort to me on the day.

As with everything, though, funeral ceremonies change over time.

Traditional songs that have dominated in the past, such as 'Amazing Grace' and 'All Things Bright and Beautiful', are gradually being replaced with more modern numbers that focus on celebrating the individual's life, such as 'Angels' by Robbie Williams and 'Yellow' by Coldplay.

Of course, changing attitudes have brought along some weird and wonderful song choices, such as Monty Python's 'Always Look on the Bright Side of Life' and Meatloaf's 'Bat Out of Hell'.

These songs are particularly popular because they don't remind us of the grief of loss. Instead, they are tributes to the lives of the dearly departed and remind the ones left behind that life is precious and worth living.

Obviously, there is no right or wrong choice of funeral song (and a quick Google search will provide you with hours of inspiration), but it's worth thinking about now to ensure your funeral is injected with plenty of personality.