Silver separators on the rise as over-60s head for divorce 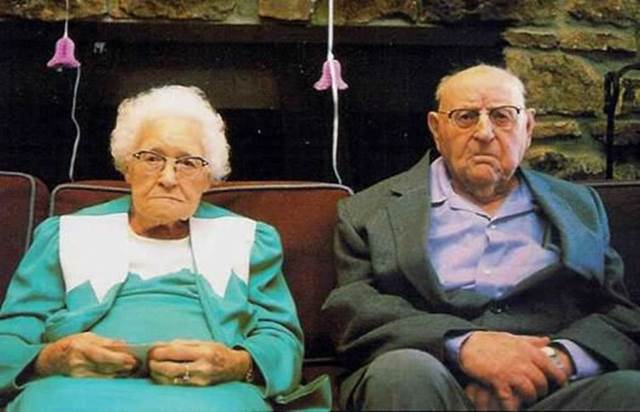 My close friend, who upon announcement of her own engagement at the age of 24, learnt that her gran and grandpa were actually filing for divorce after 58 years of marriage, and the sad fact of the matter is that this is not uncommon.

Call me naïve but I’ve always believed in finding ‘the one’ and growing old together just like Adam Sandler’s character in ‘The Wedding Singer’.

But the Office for National Statistics has released figures showing that the number of people over 60 issuing divorce proceedings has nearly doubled over the past ten years with 117,558 married couples finalising their separations.

Even though overall divorce rates are falling, ‘silver separators’ are bucking the trend redefining their lives at a much older age, re-evaluating their relationships and deciding to start all over again – realising that there is in fact still time for new horizons and new perspectives.

No longer living in the shadow of her husband, my friend’s newly divorced gran recently moved into a ‘granny flat’ and has joined a number of recreational clubs becoming something of a social butterfly among her growing circle of friends.

Whatever your current circumstances are, the growing trend that has emerged in the last decade just highlights the sheer significance of updating your Will.

If you get divorced or your civil partnership is dissolved, your Will does not become invalid, but many of its provisions would no longer be effective if you pass away meaning that your ex would most probably still be the executor of your Estate.

It’s easy to put off but protecting the assets that you have acquired over the years is perhaps an even greater concern for the over 60s especially if you are nearing the end of your career, the family home is mortgage free and you or your spouse have been planning for the future with pensions.

As experts in later life planning, Golden Charter recommends that you update your Will at least every five years or after a major life event.