Wife of Journalist Killed in Brazil Learns of Death on Internet 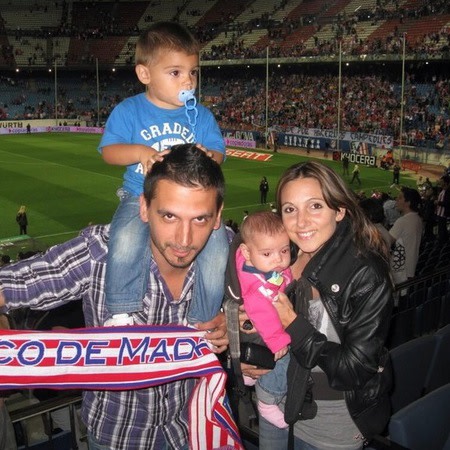 The Victorian poet Matthew Arnold once described journalism as "literature in a hurry". Having surpassed newspapers as something of a primary source of daily news, I can't help but wonder what he would have thought of Twitter.

Over the years, the popular social media site has curated our fact and fiction, our news and gossip, and alerted us (almost instantly) to everything we never knew we cared about, including the untimely demise of our A-list celebrities.

When Michael Jackson died, I found out via Twitter, and when President Obama announced the death of Osama Bin Laden, it too was announced on Twitter.

But can you imagine finding out about the death of a close loved one on the internet?

That's exactly what happened to Veronica Brunati when she found out her husband, Jorge "Topo" López, had been killed via Twitter.

Famed for his coverage of Lionel Messi's rise to prominence, the Argentinian sports journalist had been working for La Red Radio covering the World Cup in Brazil.

The 38-year-old was killed on Wednesday after the taxi he was travelling in was hit by a stolen car fleeing police in Guarulhos, near Sao Paolo.

The collision threw him from the taxi, while the driver escaped with an injured shoulder.

The three occupants of the stolen car, two of them teenagers, were unharmed and arrested by police.

Atletico Madrid manager Diego Simeone unintentionally told Veronica that her husband had been killed in a car crash in Sao Paulo on Twitter.

Simeone tweeted that Lopez was "not only a great journalist" but "also a friend" after hearing of the news that led Lionel Messi to dedicate Argentina's World Cup semi-final win to the journalist.

The Atletico boss included Lopez's wife, Veronica Brunati, in the tweet who, astonishingly, seemed to be unaware of the news, as she replied: "No. Diego, don't tell me that. Please, someone call me."

Her cry for help from a Sao Paulo hotel prompted more than one message from Twitter users angered that the authorities or López's employers had not told her of her husband's death before it was made public.

Speaking after messages of support came flooding in, Ms Brunati said: "Thank you to all for the support for me and my children. The man of my life was the love of my life - I have no comfort.

"He gave everything for journalism. It was his passion; his profession; His true love. I just wanted to make him happy."

Whilst Twitter feeds have become increasingly popular among everyday people wishing to remember, share their thoughts and to deal with the grief of losing a loved one or friend, they've also attracted criticism as echoed in this heartbreaking story.