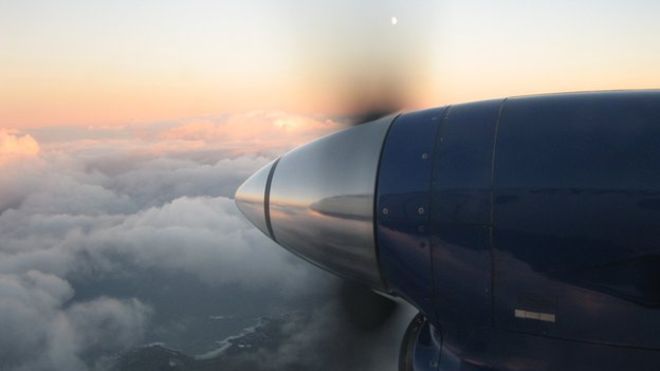 Dealing with the death of a loved one is stressful enough.

But not knowing whether you can afford the expensive flight to their funeral is posing an additional burden on grieving families in the Northern Isles.

He said: "A number of islanders have questioned why fares are so high.

As an example, after a quick look on the Flybe website this afternoon I notice that a flight from Stornoway to Glasgow tomorrow, Wednesday, and returning Thursday would cost a total of £351.

Just a few days later, the same company is offering a return flight from Aberdeen to Faro in Portugal for just £21 more."

After Scott Preston set up a Facebook page complaining about Loganair's airfares, the Scottish airline has promised to introduce more compassionate discounts and to radically improve the reliability of their services.

Preston explained that he had initially set up the Facebook campaign on out of sheer frustration at the steep air fares.

He said he was "over the moon" that almost 15,000 people were following the Facebook page, publishing their personal experiences with Loganair and that the airline had listened attentively and responded positively.

Chief executive Stewart Adams said: "We've given a commitment that we want to extend the current concessionary fare scheme for hospital visitors to include visits for family funerals and have asked the group for its input in helping to design how this would work in practice.

"This should make a real difference to our passengers at times when they need our help and understanding."

He added: "On reliability, we were very upfront - it's simply not been good enough in recent months, even allowing for the unique challenges of operating in an island environment, with all the weather problems that brings.

"That's why we started a major investment programme in our engineering division several months ago, including the appointment of a new, highly-experienced director of engineering and are also actively recruiting to expand our current 130-strong team of technicians and engineers."

It's reassuring to know that the Scottish airline is introducing a 'compassionate discount' scheme for islanders needing urgent flights for family emergencies and bereavements.