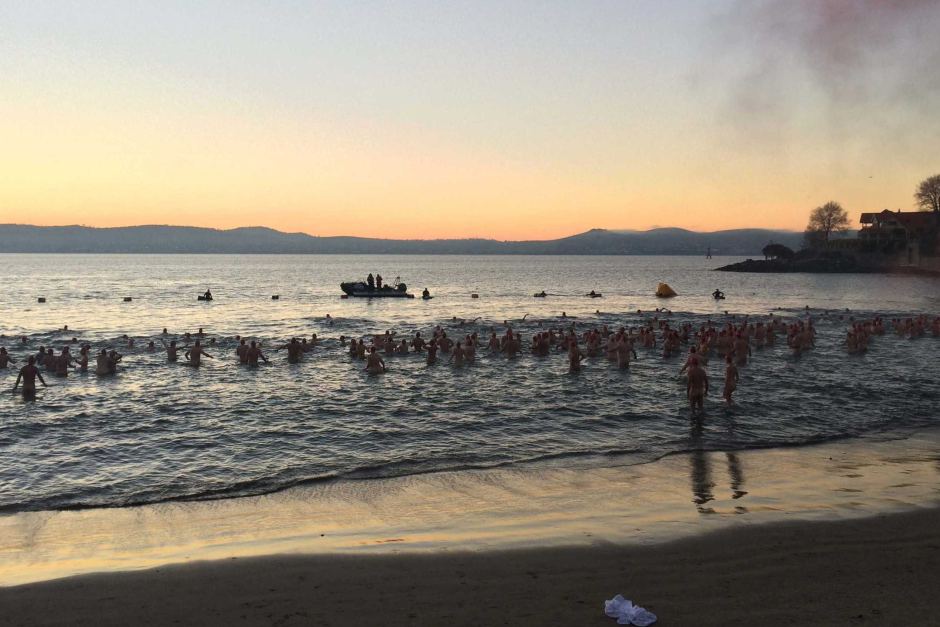 Hosted in conjunction with Museum of Old and New Art (MONA), this year's Dark Mofo featured a packed programme of art, theatre, music, film and food. Key events included the 'Funeral Party', a gothic ball held in a funeral parlour, and 'Hymns to the Dead', a concert featuring some of the world's heaviest black and death metal bands.

This year's festival culminated in an early morning dip in Loch Beach at Sandy Bay. On the morning of the winter solstice, more than 700 souls plunged into icy water at first light.

Swimmers wearing only red rubber caps were urged to put their heads under the water and stay in for at least two minutes. In a flipside of the festival's exploration of morbid themes, it's seen as a cheeky moment of rebirth and renewal.

While last month\'s Dying Matters Awareness Week put the importance of talking about 'dying, death and bereavement' firmly on the national agenda, it's reassuring to see that taboos around death and dying are finally lifting globally with the popularity of an event like Dark Mofo.