The everyday innovations that came from the First World War 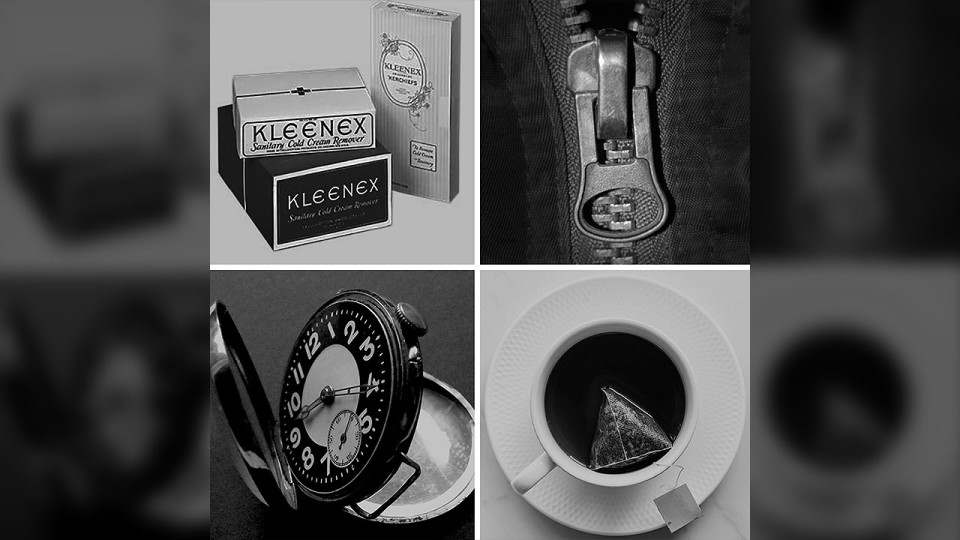 In this centenary year, The Royal British Legion has launched a mass movement to say 'Thank You' to all who served, sacrificed, and changed our world during the First World War. The charity is calling on mass involvement from the public to mark 100 years since the end of the conflict.

Thank You will honour not only the 1.1 million British and Commonwealth Armed Forces who lost their lives in the First World War, but also those who played their part on the home front, and those who returned to build a better life for the benefit of generations to come.

Amidst the horror, The First World War was a catalyst for innovation throughout the world, with many wartime inventions bringing fundamental changes to everyday life.  Items like tea bags, tissues, and daylight savings have become part of our daily life, but we rarely give any thought to their wartime heritage.

To thank the First World War's pioneers and recognise the innovations they made we have compiled a list of five inventions for which conflict was crucial in their development.

For a lot of people, a cup of tea can be a daily ritual, whether it's a crucial part of your daily morning routine or simply to relax with after a hard day's work. Did you know that the tea bag was actually an unintentional invention by an American tea importer back in 1908?

As the story goes, Thomas Sullivan decided to send potential customers some samples of his leaves in small silk bags. The customers wrongly assumed the bags were meant to be placed directly into hot water and it worked. Some complained about the silk being too thick for the tea to properly infuse but generally people loved the idea.

Sullivan's accidental invention was adapted during the war with hand-made gauze tea bags sent to the front which the soldiers referred to as "tea bombs". Becoming popular among soldiers, commercial production later began in the US and Germany during the 1920's with the gauze bags being replaced by perforated paper.

Tea bags took a lot longer to become mainstream in Britain with Tetley starting production in 1953 and only 3% of all tea sold as tea bags by 1960, which is a huge contrast to the 96% we see today.

The zip as we know it today was invented in 1913 by Gideon Sundback who was a Swedish-American electrical engineer who emigrated to the US in 1905. A patent for the "separable fastener" was filed in 1914 and issued in 1917, which was quickly adopted to be used on uniforms and boots which were first seen in Europe worn by the US military.

In the 1920's the mass production of zips had begun with the majority being used for boots, during which Sundback's firm 'Talon Zipper' were the clear market leaders. However, zips didn't become part of everyday clothing and fashion until the 1930's where Esquire magazine had published an article claiming that zips were "the newest tailoring idea for men". From then zips became widely accepted and common place on the flies of trousers and plackets of skirts and dresses.

Believe it or not, tissues are another unintentional invention to make our list. While trying to develop filters for use in gas masks during the First World War, scientists at Kimberly-Clark created a flattened form of Cellucotton. Around two year after the war ended they revisited the material and made steps towards the paper handkerchief we know today by ironing the cellulose material to create a soft tissue.

Kimberly-Clark then launched Kleenex in 1924 and marketing the first paper handkerchief as a cold cream remover for ladies. This changed over the years and started to become an alternative to the traditional handkerchief which led to sales doubling over 1929 and 1930 as it was much better at stopping colds from spreading germs.

Since the 18th century wristwatches have been available but were mostly used by women, with any men wearing one being seen as 'effeminate'.  This view started to change with officers within the British army beginning to wear them on colonial service during the late 19^th^ century which comprised of a pocket watch secured with a strap.

In the early 20th century purpose-built wristwatches started to appear which were known as "wristlet watches". With the First World War came the absolute need for knowing the right time in order for forces to synchronise. As a result the wristwatch was too practical to ignore as a useful tool for captains and lieutenants to use and with that came the production of a 'Trench Watch' which the army issued in 1917. These wristwatches were designed with luminous dials and reinforced glass to withstand the rigours of combat.

With solider returning home after the war this finally normalised wristwatches by 1930 for the masses and has led to the evolution of this practical device into the smartwatches we now use today.

Changing time to get longer days is a concept which goes back centuries. The number of minutes in an hour varied dependant on the time of year in Ancient Rome, with a summer hour lasting 75 minutes and a winter hour lasting only 44 minutes. Benjamin Franklin had suggested the idea of daylight savings in 1784 to be adopted across the US, as well as George Hudson proposing a two-hour daylight saving in 1895.

We move our clocks forward in Spring and back each Autumn by one hour to create longer days, however this wasn't always the case. Daylight savings was only adopted in Britain after the first world war thanks to William Willett who was a builder from London and the great-great grandfather of Coldplays Chris Martin. William Willett started to campaign for the clocks to go forward in April and back in September during 1905. Over the years the campaign had started to gain some traction although in 1909 a parliamentary bill failed due to the opposition of this from farmers.

It wasn't until 1915, during the First World War, where it became obvious that implementing daylight savings time could conserve vital electricity. Germany and Austria were the first to act and on April 30^th^ 1915 they turned their clocks forward by an hour. In the weeks following Britain also passed the Summer Time Act as Greenwich Mean Time plus one hour and the following year daylight savings was extended from 21 May to 1 October.

William Willett sadly passed away before his dream was implemented but he is commemorated with a memorial sundial in Petts Wood which is set permanently to daylight saving time. Many European nations reverted back to standard time after the war, however Britain kept it with it being known as British Summer Time (BST).

Many events have been organised in the run-up to 11 November and there are lots of ways you can say Thank You. Whether your personal Thank You is an event dedicated to those who made a difference in your community, a visit to a place of significance, or a simple tweet, there's no limit to the ways people can take part.

For ideas and more information visit the Thank You page on the Royal British Legion website or follow the hashtag #ThankYou100.

All facts and figures mentioned throughout the article are sourced from the following website: