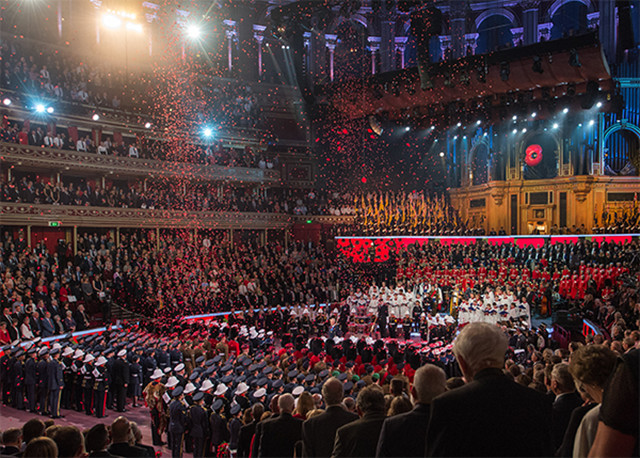 Blog image for Remembering Together in 2019

Every year, people all over the UK come together across faiths, cultures and backgrounds to remember the sacrifices made by our veterans and the wider society. In 2019 the Royal British Legion and Poppyscotland are encouraging communities across the country to 'Remember Together' the service, friendship and collaboration of the men and women of Britain, the Commonwealth and the Allied nations who fought together in 1944.

At the heart of the ‘Remember Together’ campaign is a series of stories that celebrate the men and women of many nations that fought together 75 years ago. They highlight the collaboration between the Allied nations and the Commonwealth across three critical battles; Monte Cassino, D-Day, and Kohima and Imphal; and in key events at either end of the Second World War.

Before a single shot had been fired in the Second World War, the Secret War was underway. The men and women of the British and Allied secret services were gathering intelligence and spreading false information that would change the course of war. Now familiar organisations including MI5 and MI6, the Bletchley code breakers and the SOE changed the course of the war. Working with resistance organisations across Europe, their goal was to “set Europe ablaze” and the courage, ingenuity and intellect of the secret services were key to the Allied Forces eventual success.

The men and women serving in Italy were ridiculed as “D-Day Dodgers” but they fought in some of the toughest conditions of the war, against an enemy dug-in to strong defensive positions and without the resources available in other theatres of the war. Between January and May 1944 almost a quarter of a million soldiers from six continents fought in four battles around Monte Cassino and the town of Cassino, Italy. At Monte Cassino an Allied Army of almost a quarter of a million troops six continents paved the way for the liberation of Rome.

D-Day was the starting point for the liberation of France and Western Europe. The biggest amphibious landing in history, the operation took years of planning and relied on the knowledge of scientists, inventors, meteorologists, and the combined effort of military personnel from more than a dozen countries. Assisted by thousands of members of the French Resistance, almost 160,000 men landed on the beaches or parachuted into Normandy on the 6th June 1944. By the end of D-Day Allied forces had suffered nearly 10,000 casualties, of which 4,000 were fatalities.

At Kohima and Imphal one of the most ethnically diverse armies in history came together to win victories that changed the course of the war in South East Asia. The 14th army, comprising troops from British, African, Gurkha, pre-partition Indian forces, and supported by the Naga hill tribes of Burma, dealt the Japanese Imperial Army one of its heaviest defeats. The victory, arguably the greatest British led victory of the war, shattered the belief in the invincibility of the soldiers of the Japanese Imperial Army. By May 1945 the Allies had retaken much of Burma and were preparing to retake Malaya and Singapore when the Japanese surrendered.

The Berlin Blockade is seen as the beginning of the Cold War. Second World War allies Britain, USA and France wanted to unite western Germany to create a new, free and democratic country. The Soviet Union, worried that a united democratic western Germany would end the joint administration of Berlin and cut off all land routes and waterways in and out of the city West of the city. The Berlin Airlift was the first humanitarian operation carried out by Armed Forces and saw the Western allies fly supplies to more than 2 million citizens of West Berlin as part of the biggest airlift in history.

This year is the fourth year of Golden Charter’s fundraising partnership with The Royal British Legion and its sister organisation, Poppyscotland.

Suzanne Grahame, Golden Charter CEO, said: “Over the past three years, we have raised over £280,000 for the Armed Forces community with the help of our network of independent funeral directors. There is no better way to honour all of those who have served and continue to serve in the Armed Forces than to support the transformative work of The Royal British Legion, which is improving the lives of servicemen and woman every day.”

All funds raised by The Royal British Legion and Poppyscotland will help provide valuable support for the Armed Forces community – including veterans, serving men and women and their families.

Golden Charter offers a choice of plans across a range of budgets with a variety of payment options. We also have one of the largest network of independent funeral directors in the UK1, many long-standing, family-run businesses. Find out more about how you can plan for your funeral with one of the funeral directors in our network. Request a free, no obligation information pack below or call 0800 111 4514.