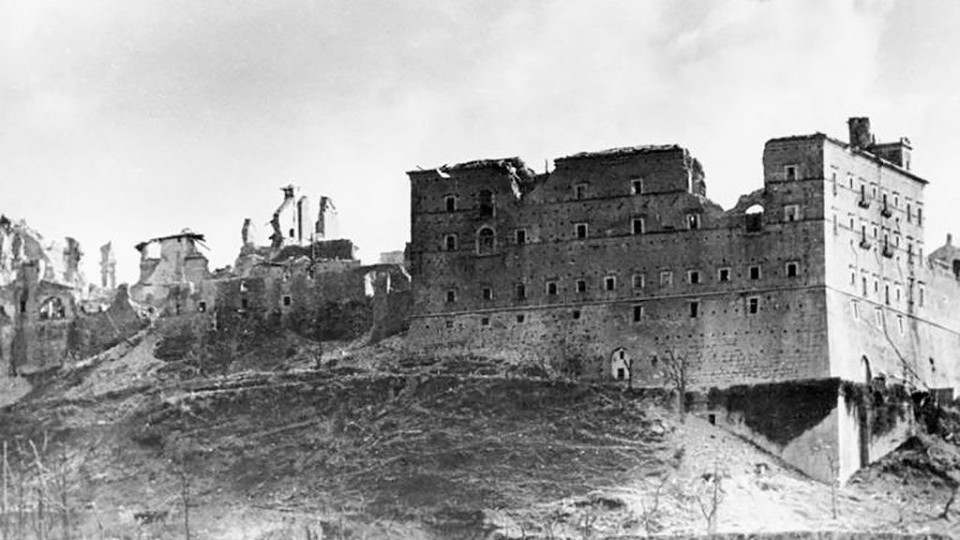 The Royal British Legion and Poppyscotland are asking communities across the country to 'Remember Together' in tribute to the service, friendship and collaboration of the men and women of Britain, the Commonwealth and the Allied nations who fought together in 1944.

At the heart of the 'Remember Together' campaign is a series of stories that celebrate the men and women of many nations that fought together 75 years ago. They highlight the collaboration between the Allied nations and the Commonwealth across key events before, during and after the Second World War.

The Battle of Monte Cassino

Between January and May 1944 an Army of a quarter of a million people from six continents fought in four battles on and around Monte Cassino in Italy. As well as British troops, the soldiers in the Allied force came from as far afield as the US, Canada and Brazil; France and Poland; India, Pakistan and Nepal; South Africa and Zimbabwe; and Australia and New Zealand.

The men and women serving in Italy were sometimes teased as "D-Day Dodgers" and it was originally thought that breaking the Axis defences at Monte Cassino would be relatively easy. But the troops at Monte Cassino ended up fighting in what came to be known as "The Hardest Fought Battle" of the Second World War.

Against a well-drilled enemy dug-in to strong defensive positions and without the resources available in other theatres of the war, the Allied Army suffered heavy casualties. By the time that Polish troops captured the summit of Monte Cassino, the Allies had suffered over 54,000 casualties.

The Cassino cemeteries are the resting place for an incredible mix of nationalities - Brits and Americans, Poles and Indians, but also Moroccans and Maoris from New Zealand. Their sacrifice is summed up poignantly in the song of the D-Day Dodgers written by British soldiers.

Look around the hillsides, Through the mist and rain, See the scattered crosses, Some that bear no name. Heartbreak and toil and suffering gone, The lads beneath, they slumber on. They are the D-Day Dodgers, Who'll stay in Italy

The Stories of Monte Cassino

On the 'Remember Together' section of the RBL's website there are several stories offering first-hand accounts of the battle of Monte Cassino, which finally paved the way for the liberation of Rome.

Volunteering for service in Bangalore, India, in 1939, Nila Kanten was 23 years old when he arrived at Cassino to serve as a porter with the 4th Indian Division. Given the mountainous terrain his duties were physically exhausting, but crucial to keep the men at the front fully supplied.

Nila witnessed the bombing of the monastery in the second battle of Monte Cassino and described wave after wave of bombers. Remembering the bodies he saw he said: "So many New Zealanders, British, Indians... gone. ...I felt that there should never be a war again.'

Tautini Moana Karawa was a private in the 28th Maori Battalion sent to Cassino in February 1943. 'Tini' along with a platoon of about 30 men were sent to relieve men from the 2nd Moroccan Division, high in the hills to the north of Cassino.

He has been asked if the Maori troops did the Haka, the Maori war dance, before they went into battle. He said, "Not haka really. But we screamed. We screamed like devils and I think that was our inheritance coming out... that scream, it seemed to help us."

Walter Nixon, now 96, will be visiting Anzio with his son and grandson 75 years on; the trip will be his first time abroad since the war.

Walter remembers the hardship of a battle during which any movement would bring down shell fire and everyone was forced to live underground. "There was no comfort. The snow was three or four foot deep and we just lived a couple or three blankets and the feet were wet 24 hours a day seven days a week," he explained.

Walter's son Keith is looking forward to the trip, saying "As we approach the 75th anniversary of important historical battles like Monte Cassino, those stories become more important than ever in standing the test of time."