Remembering Together: The Berlin Blockade 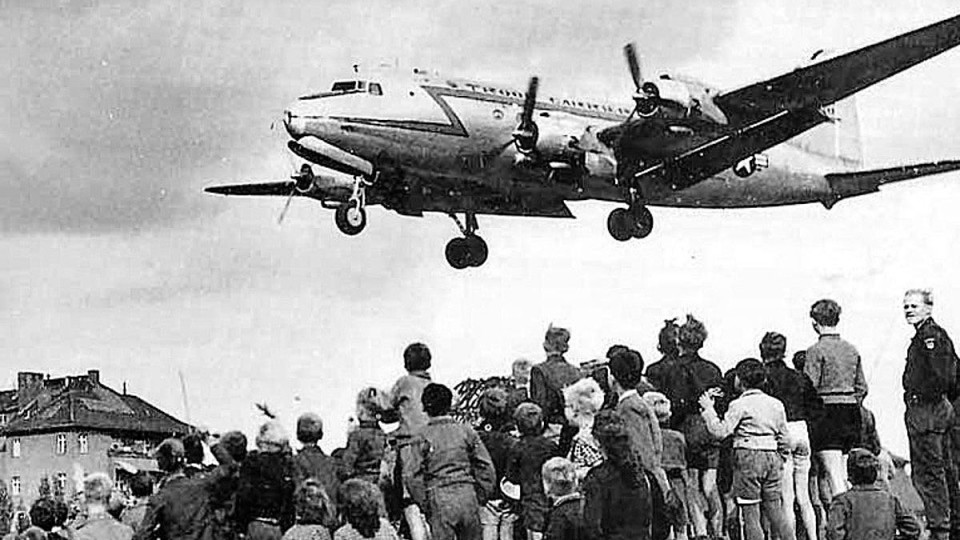 At the end of the Second World War the allied forces occupied a divided Germany, and a divided Berlin. Although they had fought together to defeat the Nazis, the ideological differences between the democratic and capitalist West and the totalitarian and communist East were enormous and the Berlin Blockade marked the start of the decades long Cold War.

Tensions grew and reached a crisis point in June 1948 when Britain, France and the USA announced they would unite western Germany to create a new, democratic country. The Soviet Union, fearing a united democratic western Germany, ended the joint administration of Berlin.

An incredibly complex logistical challenge, the Berlin airlift did not get off to smooth start. Efforts to overcome lack of aircraft, accommodation and ground crew made the operation a constant learning experience.

Stories of the Berlin Blockade

RAF Pilot Dick Arscott described the earliest days of the Airlift. He describes heavy aircraft parked on grass that soon became a quagmire and an Army unit of just 20 men loading 48 aircraft. He says accommodation was non-existent, with an acute shortage of beds, "I slept on the billiard table for the first night I was there."

The enormous amount of work required to support the Berlin Airlift led to men and women working in a wide range of roles, often side by side.

Women's Auxiliary Air Force officer Phyllis 'Pip' Parsons was based at RAF Gatow throughout the airlift. She commanded about 50 women on the station in a variety of roles including radar operators, flight mechanics, electricians, clerk's, nursing orderlies and equipment assistants. "I would occasionally get up at 3 or 4 in the morning and go to the airfield and the girls would already be up there working with the chaps," she said.

Over the course of 321 days, Allied air forces made 277,500 flights into Tempelhof Airport in West Berlin. During the Blockade, they delivered over 2,300,000 tons of coal, food, and other essential supplies. Supported by crews from Australia, Canada, New Zealand and South Africa, the RAF flew over 65,000 missions.

By January 1949, the Allies were flying in 5,000 tons of supplies into West Berlin every day. At the peak of the operation there was one flight landing or taking off from Berlin every minute. Britain even introduced bread rationing because of the Blockade, re-directing grain shipments to German ports to make sure West Berlin was supplied with grain.

The Soviet Union eventually accepted the blockade had failed and at one minute after midnight on 12 May 1949, ended it. Western Germany was united and later that month, becoming the Federal Republic of Germany.

Seen as the first recognisable humanitarian operation carried out by the Armed Forces, the Allied airlift saved thousands of lives in West Berlin.