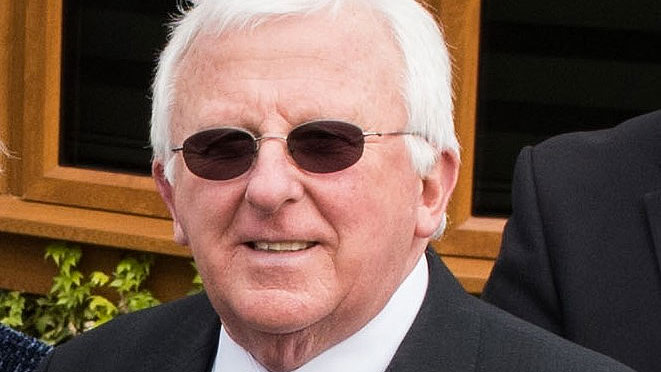 National Storytelling Week 2020 will run from Saturday 1 February to 8 February and, all across the country, people will be telling their stories in theatres, museums, schools, hospitals and care homes. To celebrate this special week of stories, we have interviewed five independent funeral directors in our UK-wide network and asked each of them to share some stories about their life as a funeral director, how they see the profession and some of their favourite things.

Golden Charter: What made you consider entering the funeral director profession?

John: I Left school in 1960 to serve a five-year carpentry apprenticeship course with Southgate of Newmarket. The company was trading as a builder and funeral directors then. At that time, we made all of our coffins. Actually, we still make coffins to this day.

Golden Charter: Have you ever had any other jobs outside of the profession?

John: I took the business over in 1968 and have never worked anywhere else; I'm just coming up to 60 years. Maybe I should retire as we are now entirely a family-run business.

Golden Charter: As it's National Storytelling week, complete this sentence: "The one thing I would change in the funeral profession right now would be..."

John: The one thing I would change in our profession would be for more respect to be shown towards the funeral cortege by other drivers. I would like them to at least allow the hearse out at junctions, and then the cars. But I'm afraid those days are gone.

Golden Charter: Can you tell us the story of the most unique funeral you have ever conducted?

John: The most unique funeral I ever conducted took place in 2013. That was for the famous racehorse trainer Sir Henry Cecil who trained Frankel, the greatest racehorse of his time. It involved a church service in Newmarket followed by transfer by private jet to his family's castle grounds in Scotland for interment the same day.

Golden Charter: What do you enjoy most about your job?

John: The thing I still enjoy the most about my work is the satisfaction you feel when all has gone well at the end of a trying day.

Golden Charter: Is there a particular moment that stands out for you during your time in the profession?

John: A particularly poignant moment that stands out during my time in the profession is directing my son's funeral; the saddest day of our lives.

Golden Charter: If you could invite three guests to a dinner party who would you pick?

John: The three guests I would invite to a dinner party would be the singer Rod Stewart, the comedian Michael McIntyre, for the fun and banter, along with H.R.H. Prince William for his intellect and inside information.

Golden Charter: As it's National Storytelling Week, what is your favourite book?

John: My favourite book of all time is The Triumph of Henry Cecil, the official autobiography of the trainer of Frankel.

Golden Charter: Finally, if you had one final meal, what would you have?

John: If I had one final meal it would be something that took 10 years to eat. If that wasn't possible, any fish starter followed by a large turbot as a main course, accompanied by a nice bottle of Chablis.

Southgate of Newmarket is just one of the almost 3,000 independent funeral directors that make up Golden Charter's UK-wide network. To find out more about how you can plan for your funeral with one of the funeral directors in our network, request a free, no obligation information pack below or call 0808 169 4534.