Funerals to Die For 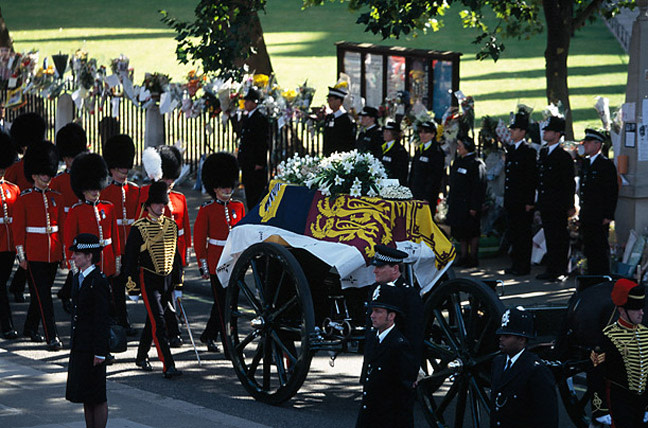 Blog image for Funerals to Die For

Many of us worry about leaving our families burdened with funeral costs - but while the price of the average funeral continues to rise, it pales in comparison with some of the most notable funerals from the past century.

Diana, Princess of Wales had one of the most elaborate ceremonies in the history of funerals for famous people. Although she was no longer the wife of Prince Charles, Diana was given a royal funeral in Westminster Abbey at an estimated cost of £5 million.

Viewed by roughly half the world's population, the televised funeral of the 'People's Princess' began with a procession from Kensington Palace to Westminster Abbey. During the service, Elton John performed his rearranged version of Candle in the Wind, which went on to sell more than 33 million copies, raising millions of pounds for Diana's memorial fund in the process.

Eight years later in Italy, Pope John Paul II was laid to rest after kings, queens, prime ministers, presidents and religious leaders from around the world gathered to mourn him. Prince Charles even postponed his long-awaited wedding to Camilla Parker-Bowles in order to bid farewell to the first non-Italian pope in 455 years.

The funeral, which reportedly cost the Vatican €9 million, drew four billion visitors into Rome and attracted more than two billion television viewers. In stark contrast to the high profile of the funeral ceremony, Pope John Paul II was buried modestly, according to his last wish, in a plain cypress coffin adorned with a cross, while his tomb was covered with a stone simply bearing his name and the dates of his birth and death.

It's highly unlikely that the cost of your funeral is going to come close to the figures mentioned above, but regardless of your prominence, death is an inevitable part of life. Therefore, pre-planning your own funeral not only provides you with the peace of mind that all of your wishes are carried out, but it removes the financial pressure from loved ones.

Having a funeral plan in place ensures that friends and family don't have to make difficult decisions at such a testing time in the grieving process, and it means you pay for your funeral at today's prices.

With a funeral plan from Golden Charter, you're guaranteed a reliable and trustworthy independent funeral director who will carry out your funeral with the utmost respect, care and professionalism.