Paying for your Funeral 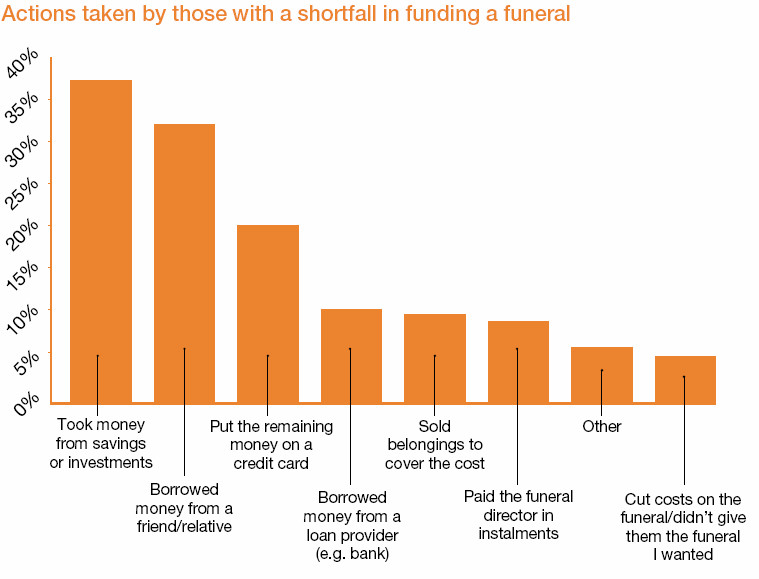 Blog image for Paying for your Funeral

Well it doesn't really work that way. In fact the above is probably the most impractical solution for a professed pragmatist.

When there is no funeral plan in place, the cost of the funeral is usually paid out of the estate of the deceased, which would include any insurance policies, but if the funds are insufficient then the executor (usually the next of kin) who is arranging the funeral, is often personally liable.

If the next of kin is not prepared to arrange and pay for the funeral they may be asked to make a written statement and to confirm this.

If your family genuinely cannot afford to pay the cost of your funeral, which according to the Sun Life Direct commissioned cost of dying report for 2012 would cost an average of £3,284 - for your family to be able to claim financial assistance they would need to meet certain eligibility criteria and if the claim is successful, the amount awarded will be (based on the average 2011/2012 award) about £1,241 which is barely 38% of the total cost.

So what do families do when they cannot afford to pay for a relative's funeral? Often they borrow the money, getting them into debt, and that is a horrible situation for your family to be left in. With funeral prices rising steadily, this would probably be a good time to think about alternative ways of putting a practical funeral plan in place.