Should you bring children to a funeral? 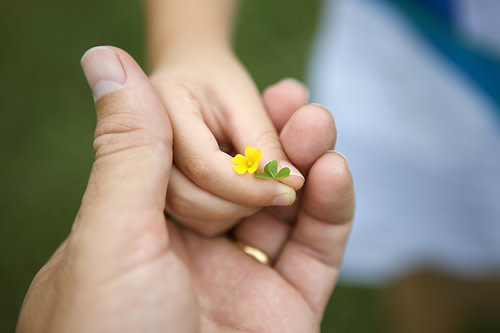 Blog image for Should you bring children to a funeral?

It's an age-old debate but one that continues to divide opinion. Should children be allowed to attend funerals?

Parents and family members who are already grieving the loss of a loved one can find it extremely difficult to decide whether or not children should be allowed to attend a funeral.

As a child I was personally never allowed to go to family funerals although during my time at primary school I was exposed to them.

It was probably the first time my school friends and I ever saw anyone openly upset but what I remember most was the almost healing power of the whole process.

The funeral ended in an uplifting hymn sung by the schoolchildren where grieving family members really seemed comforted by the words and at the time I remember thinking that I had in some naïve way been part of this.

Despite this, almost half of people (48%) still think it's inappropriate for children under 12 to even attend funerals according to the latest British Social Attitudes survey.

When they are grown up they may, like me, not remember specific details of the funeral but they may very well remember that it was a meaningful, non-threatening experience and that they were involved and included in it.

A harrowing experience all the same, funerals are an extremely important part of the grieving process giving individuals the last chance to say goodbye to their dearly beloved and I personally feel that younger family members shouldn't be excluded from this.

On the other hand, I've also spoken to individuals who have felt that they couldn't grieve properly because they felt as if they've had to hold it together for the sake of the children in attendance.

There is of course no right or wrong decision on whether children should or should not attend a funeral and such decisions should be left to the individual.

But the fact of the matter remains is that funerals, like christenings and weddings are an everyday rite of passage so we will at some point be exposed to them whether we like it or not.