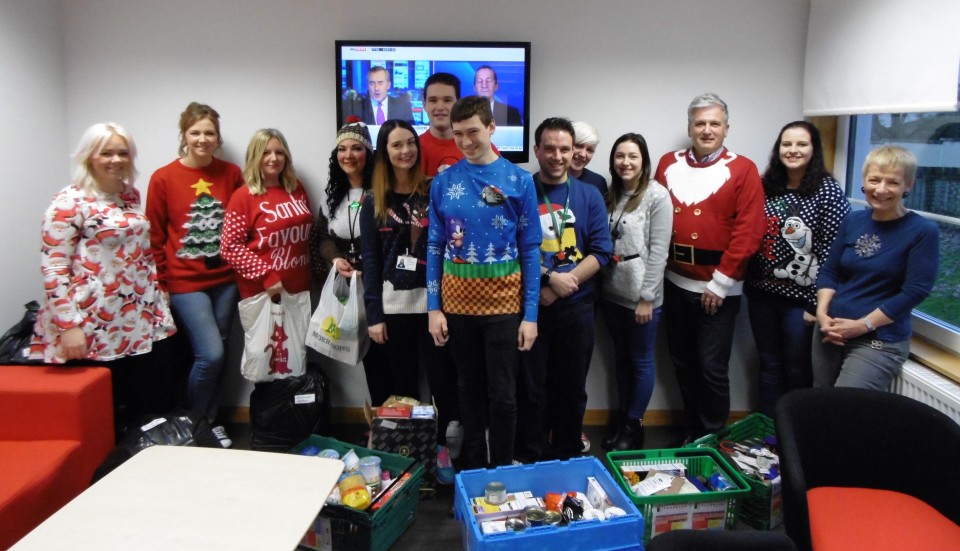 Staff at Golden Charter have kindly raised donations for Drumchapel Foodbank, in an effort to help those less fortunate this Christmas.

According to shock figures released by the Trussell Trust in November, Scotland is now the food bank capital of the UK, with more people needing support than ever before.

The collection coincided with National Christmas Jumper Day, with all proceeds from Golden Charter staff going towards the Beatson Cancer Charity, which the company has been fundraising for throughout the year. This raised a total of £248.11 which will go towards caring for cancer patients.

Gordon Swan, director of communications at Golden Charter said: "As a local business, contributing to the community is high on our agenda. It's now become our tradition to hold a foodbank drive in the run up to Christmas, with everyone going to great efforts to help those in need.

"Our staff have really pulled together throughout the year to raise thousands of pounds for charity, which has included large sum donations to Children in Need and our chosen charity of the year, the Beatson Cancer Charity. In total we have raised an incredible £10,878.99 in cash donations through a variety of fundraising activities."