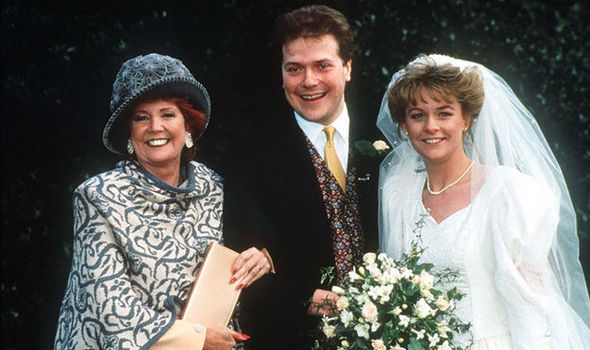 When I was a kid Saturday night TV consisted of Baywatch, Gladiators and Blind Date.

While the first two shows provided an early spotlight for big names such as Pamela Anderson and Ulrika Jonsson, it's safe to say that Cilla Black was already established as a star in her own right.

However, despite having a hugely successful pop career under her belt, I will always remember her as the host of ITV's Blind Date.

From 1985 to 2003 Cilla played the role of Cupid, bringing together hopeless singletons from across the UK before whisking them away for the holiday of a lifetime or a week from hell.

Although she was famous for her warm and friendly exterior, she was certainly no pushover.

In one of the most famous moments in TV history, she exposed Nicola Gill as an undercover reporter who was writing for Cosmopolitan magazine.

She told the journalist: "You don't work as a temporary secretary, I know for a fact that you're actually an undercover journalist and you've robbed somebody of coming on a proper blind date."

Fans of all ages have been paying tribute to Cilla, who recently died at her home in Spain, most notably two former contestants.

After meeting on Blind Date in 1988, Alex and Sue Tatham became the first couple to meet and get hitched on the show. Twenty four years later, they are still happily married with two children after tying the knot in front of a TV audience of 18 million.

Talking to Good Morning Britain, the couple said,"She played a big part in our lives from the start."

Ms Tatham said that she could not believe Black was gone. "You didn't expect her to ever go, she would be there for ever, she's such a national treasure," she said.

They said it was very special to have Black at their wedding and that what was extraordinary about her attendance was that she kept in the background and made sure it was their day.

In a career that spanned five decades, Cilla Black will long be remembered as one of the nation's all-time favourite entertainers.