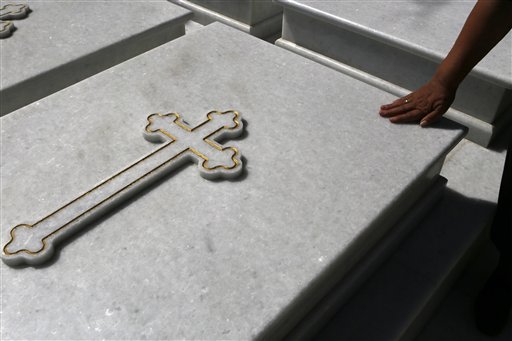 Blog image for The grave burial crisis in Greece

Unless you've been living under a rock, you'll probably know that Greece is in the midst of a financial crisis.

Over the last few years, the income of many Greeks has declined, levels of unemployment have increased, elections and resignations of politicians have altered the country\'s political landscape radically, the Greek parliament has passed many austerity bills, and protests have become a common sight throughout the country.

With tough austerity measures put in place, pictures of snaking queues came to dominate column inches as Greek citizens flocked to banks to withdraw their life savings amid fears they'd lose everything.

Afraid of what the future would bring for Greece's economy, the Prime Minister of Greece, Alexis Tsipras, announced that all banks were to be closed and the maximum amount of money that could be withdrawn in a day from an ATM would be restricted to 60 euros.

Struggling to cope with banking restrictions, the economic crisis in Greece is causing grave hardship for grieving family members who are unable to bury their loved ones.

Much like weddings, extravagant funerals are a deeply ingrained tradition in Greece, where the powerful Orthodox Church plays an influential role in society.

However, in a country where burials tend to take place within just 24 hours, the restrictions are proving difficult as families struggle to come up with the 1,200 euros that funeral directors have been forced to demand upfront.

Greece's economic crisis has become so severe that some family members are refusing to collect their dead loved ones from the hospital to avoid having to pay for the funeral altogether.