A Brief History of Coffins 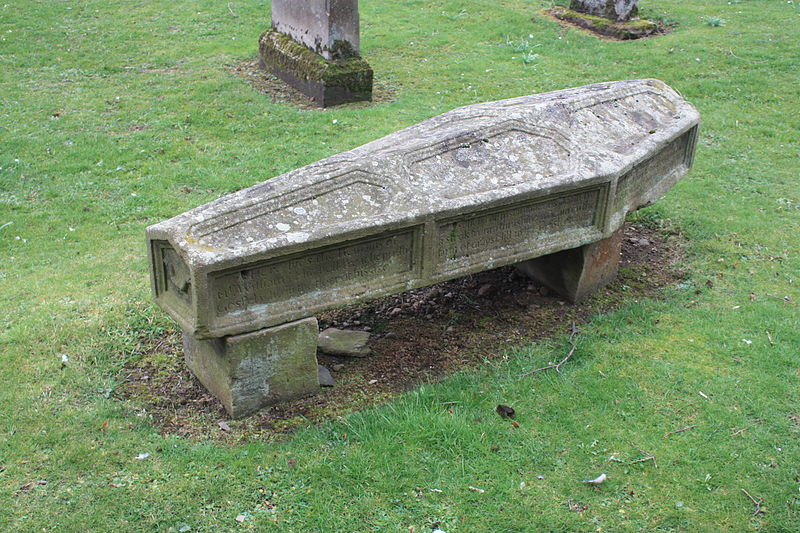 Blog image for A Brief History of Coffins

Honouring the dead has been important throughout history. But how did our ancestors bury their loved ones, what has changed and what has stayed the same? Find out in our brief history of coffins.

Neanderthals living in Eurasia 600,000 years ago buried their dead in shallow graves with a few personal mementos such as tools. These burials were very simple and usually served as a way to deter scavengers. Recent discoveries show later Neanderthals performed ancient burial rites. A 50,000-year-old skeleton discovered in a cave in France has lead scientists to believe that people would ceremoniously bury their dead even as far back as the Stone Age. Some Neanderthals decorated themselves with homemade jewellery consisting of various pigments, feathers and shells.

The Egyptians were experts at mummifying everything, from humans to crocodiles. They held a strong belief that death was merely an obstacle to the afterlife and they preserved the body so the spirit of "Ka" could guide them to paradise. Apart from the heart, which was required for the Hall of Judgement, all organs were taken out and the body was embalmed and wrapped in linen. Much like today, there were a variety of 'mummification packages' so that everyone from the very wealthy to the underprivileged could mummify their loved ones and ensure they had a safe journey to the afterlife.

We'll never know how popular wooden coffins were during Medieval times due to the simple fact that most of them have disintegrated. Coffins made of lead and stone were reserved for the very wealthy or very important. The shape of these varied wildly from today's coffins; they were a rectangular-shaped alcove carved into stone, with a rounded circle at the top for the head - the perfect shape for a person. An example of this can be found in the Greyfriars graveyard in Leicester, where Richard III was discovered. The lead coffin encased by a larger stone coffin contained the body of an old woman, who was said to be an important benefactor of Greyfriars between the 1200s and 1400s.

Although the French were the first to coin the term 'coffin', taken from the Greek term for 'basket,' it wasn't until the American Civil War began in 1861 that coffins were widely used. Using them to transport dead soldiers safely and securely, Americans started to mass produce the coffin we know today. American Civil War coffins were commonly created from old wooden furniture as they were needed.  The original coffins soon simplified into 'caskets' - the difference being that coffins have six sides and caskets have four sides.

The first coffin factory museum opened recently in Birmingham. Formerly one of Britain's most famous coffin makers, the Newman Brothers Coffin Furniture Factory catered for the Victorians' 'obsession' with death. In the Victorian era, funerals were a huge event and people would spend a lot of money on the event - including trimmings such as brass handles, burial shrouds, breastplates and grave ornaments. Burial vaults were particularly popular and the coffins destined for the vaults consisted of three layers - one of which was lead. It wasn't uncommon for these coffins to weigh up to a quarter of a tonne.

Modern funerals are seen as an opportunity to celebrate life and a chance to give the person a send-off that suits their style and character. Today, over 75% of people are cremated, but even in a cremation, the coffin is an important way to reflect and remember the personality of the deceased. Whether it's a smart gloss-black coffin or a coffin inspired by the individual's favourite football club -- there is a huge variety of options available to families. There is also a rising number of people opting for eco-friendly coffins and even 'organic burial pods' where your loved one's remains will support the growth of a tree.

Golden Charter has a network of over 3,000 independent funeral directors who can help you choose the perfect coffin. To find out how we can help you with all your later life planning needs, request a free info pack, or call us on 0808 169 4534.