Continuity is crucial for real peace of mind 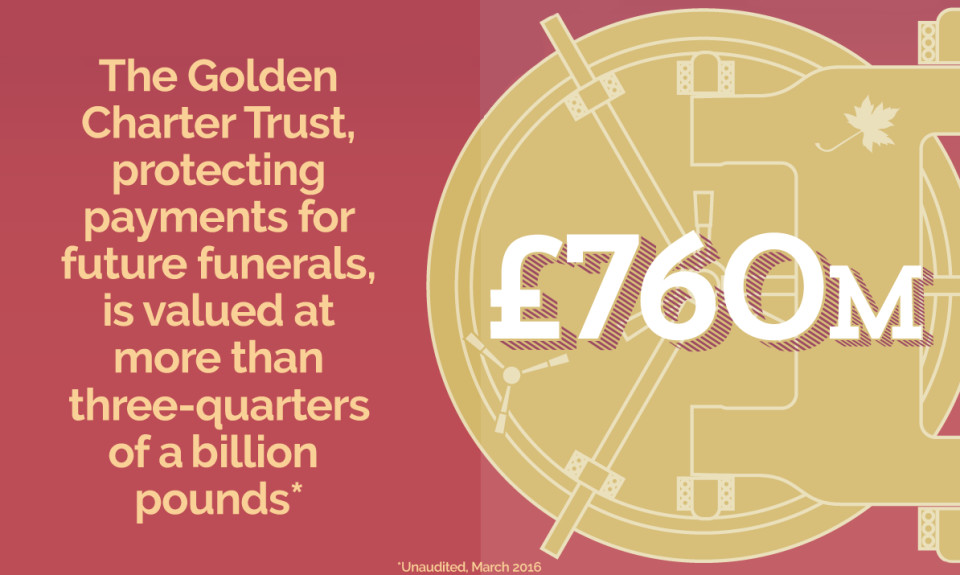 Blog image for Continuity is crucial for real peace of mind

In today's fast and frantic world, companies seem to come and go, especially when technology is involved.  It's not uncommon to see new businesses burst on to the scene, rise to be hailed as the greatest thing since sliced bread and then flame out within a couple of years, replaced by something supposedly newer and shinier.

The constant change that defines modern living can be quite exciting, but in some areas of life, continuity is crucial.

When you buy a pre-paid funeral plan, you're spending money on something that everyone hopes they won't need for a very long time, handing over money today for services you may not call on for 20, 30 or even 40 years.

Under those circumstances, it is incredibly important to know that the businesses you are trusting with your money can deliver real business continuity far into the future.

Golden Charter has been in business for more than a quarter of a century. Established in 1989, we have grown to become the UK's largest funeral plan provider, with a market share of 40 percent in 20151. We now employ more than 350 staff and have served more than half a million customers to date.

But being the biggest isn't always a guarantee of survival; some of the biggest names on the high street are sadly no longer around. Tough trading conditions, mismanagement or selfish shareholders can all take their toll.

Golden Charter customers are protected by the company's founding mission to safeguard the future businesses of its owners, an association of independent funeral directors. Most of the 3,300 funeral directors in Golden Charter's network have been serving their local communities for decades, some for more than a century.

All are committed to continuing to play a part in the cities, towns and villages that they have served for generations. But the delivery of services to Golden Charter customers is guaranteed even in the rare and unhappy circumstance when a funeral director does go out of business. The countrywide spread of the Golden Charter network means that another funeral director close by is available to take over.

Equally, because pre-payments are not held by an individual funeral director, or even Golden Charter Ltd, the funds that will eventually be needed to pay for the funeral director's services are always guaranteed.

Pre-payments are held securely by The Golden Charter Trust 2. The trust into which payments are placed is a financially separate entity run by an independent board of Trustees, ensuring security of funds for the funeral plan holders. Its sole purpose is to hold and manage the payments made by plan holders and to pay the agreed invoice value to the appointed funeral director when the funeral eventually takes place. The Trust is currently valued at about £760,000,0003.

There are many advantages in arranging a pre-paid funeral, from beating rising funeral costs by paying for your funeral director's services at today's prices, to removing the worry of paying for your funeral from your loved ones. The continuity guaranteed by Golden Charter's independent funeral director network and The Golden Charter Trust^2^ provides true peace of mind.

For more information on arranging a pre-paid funeral plan with Golden Charter that will let you choose from a network of 3,300 funeral directors across the country, please visit www.goldencharter.co.uk or call 0808 169 4534.

2.Excludes plans where payment is made by Fixed Monthly Payments