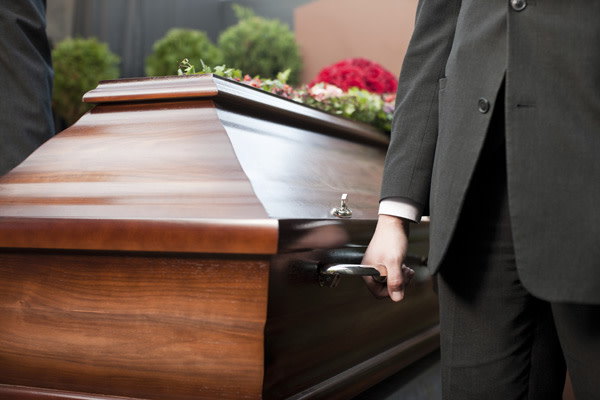 Back in 2015, the cost of a basic funeral sat at £3,693. However, in just over one year, this cost has risen to £3,897 with basic funerals increasing in costs by 103% since 12 years ago. Ahead of our wages, pensions and inflation, funerals have quickly become one of the UK's fastest rising costs, so it's no surprise that almost 28% of families are spending considerably less money on the send-off for their loved ones than they were only five short years ago.

As well as overall funeral costs rising in the UK, a recent Citizens Advice Bureau report has shown burial and cremation charges have risen on average 10% year on year, with huge regional variances. This has led to the Scottish Government referring to cremation and burial costs in Scotland as a 'postcode lottery' and calling for reform of the national assistance funeral support service. Meanwhile in Westminster, Airdrie & Shotts MP Neil Gray has championed a private Members Bill calling for increased regulation for funeral plans to better protect consumers.

Independent funeral directors operating in some of the lowest income areas of the UK have told Golden Charter that they are struggling to continue to provide funerals paid for by the Social Fund Funeral Payment, which has been frozen since 2003. Recent government figures have shown that only around 52% of applications for this financial support are successful and the number of deceased being left unclaimed for local authorities to deal with is on the rise as families struggle to meet the costs.

Gordon Swan of Golden Charter said: "This is a complex and emotive topic, but it is clear that with no rise in the level of public funding since 2003 the number of families unable to provide a dignified send off for their loved ones is on the increase."

"Funeral directors are caught in a classic dilemma. They live and work in those local communities so to turn away a local family is not something to be done lightly, but with no increase in the allowance in more than 15 years they are lucky to cover their costs. Something must give soon."

At the moment, in order to tackle the issue of funeral poverty, the Scottish Government is preparing a funeral costs plan covering how to simplify Funeral Payments, including whether eligibility for financial support should be based on the deceased and their estate or on their family, what form of regulation is needed, and what can be done to encourage people to plan and prepare for their funeral costs in advance to prevent additional strain on families.

Social Security Secretary Angela Constance MSP said: "For families who are mourning to be faced with mounting debt and distress because of the cost of paying for a funeral is completely unacceptable and I'm determined to address it. We know funeral directors want the best for their customers and as a Government we want to raise awareness of funeral planning."

Moving forward, the Scottish Government will allocate funding towards training Citizens Advice Scotland advisors to help people plan for their funeral and we believe this can help play a leading role in helping to tackle the growing issue of funeral poverty across the UK. In addition, Citizens Advice Scotland will be monitoring the success of this to determine whether they should team up with funeral planning experts to provide additional support to families who may be worried about funeral costs at an already stressful time.

With an increasing number of families unable to pay funeral costs, Neil Gray MP is championing the Private Member's Bill calling for funeral plan contracts to be regulated to better protect consumers. We understand the financial hardship many consumers are facing and as a result, will be reporting on this issue over the coming weeks to ensure all families are informed.