Local funeral directors - a comforting arm when you need them 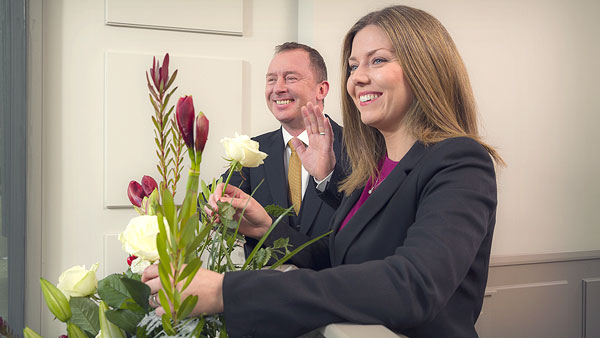 Death is still such a taboo for British people and recent surveys have shown that more than 80% of us have never spoken to our loved ones about our own end of life plans. Whether it's our own death or the death of a loved one, we don't want to think about it however the reality is, it can be made more bearable by having a plan in place. Less than 1% of people who planned funerals for their loved ones in the last four years knew their wishes therefore by thinking about the send-off you want, this will give you added peace of mind and also provide your loved ones with extra comfort at an already difficult time.

When you have thought of the send-off you would like, talk to someone who can make those wishes a reality. Talk to someone like Golden Charter.

We are one of the UK's leading funeral plan providers and have helped more than 500,000 people with their funerral plan arrangements over the last 25 years. We have a wider network of funeral director branches than Co-op however, there's something else we're even prouder of - the people we work on behalf of - local independent funeral directors.

Many years ago, the majority of funeral directors were family-owned passionately serving families within their community in any way they could. However, in recent years, there have been changes with larger chains buying out local funeral director's businesses when senior members retire, often keeping only the name of the business.

This has led to many customers placing their trust in what they believe to be their local, family-run funeral director business however in reality, this isn't always the case. The good news is, by choosing Golden Charter, you can rest safe in the knowledge your funeral will be provided by your local, independent funeral director.

Personal service when it matters most is critical however the price is also an important aspect. With a Golden Charter Funeral Plan, you can specify your end of life wishes and take care of the cost of your funeral director's services in advance, with our plans starting from just £2,895. Find out more about our plans.

There for you when you need them

Funeral directors aren't only there for your current needs. They want to look after you and your loved ones in the future and have made a long-term commitment to their community. It's where they live, it's where they work but best of all; it's where you will find them where you need them most.

For more information on our funeral plans or to find your nearest Golden Charter associated independent funeral director, call free on 0808 169 4534 or request a free information pack below.