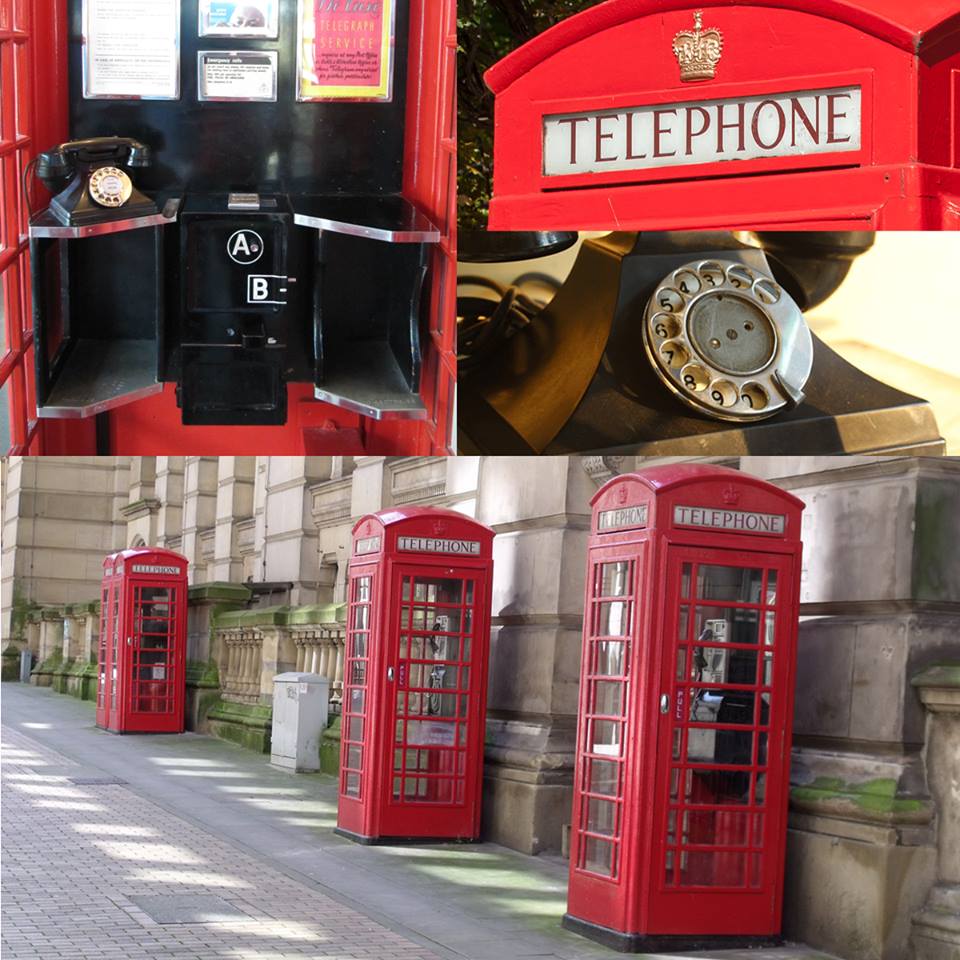 Last week we posted photographs of the popular K6 red phone boxes on our Golden Charter Facebook page. Over 1,000 of our Facebook followers gave the iconic public telephones the thumbs up, and more than 100 shared their memories of using one.

Although everyone of a certain age recognises them, not everyone knows the long history behind the boxes. They were first introduced by the Post Office almost 100 years ago, in 1920. The first versions were made of concrete and looked a bit different to the more familiar design introduced later in the 1920s.

The red design was adopted after a competition to find a box that would be acceptable in London, where the Metropolitan Boroughs had rejected the initial design. After some to-ing and fro-ing, a design by architect Sir Giles Gilbert Scott was selected and came into service in 1926. One of our Facebook followers told us he also designed Battersea Power Station.

Over the years, the design has been adapted most notably to incorporate a series of Royal crowns, but between the 1930s and the 1950s the core design remained little changed. In the 60s, designs featuring single windows were added and by the 1980s, there were 77,000 phone boxes in service.

The beginning of the end for the red phone box came with privatisation of the telephone network in 1982. Initially BT wanted to repaint all the phone boxes yellow, but there was a public outcry and less than 80 of the almost 80,000 phone boxes in service were repainted.

We've had some great phone-box stories shared on our Facebook page. One lady told us how she would wait at her local phone box for her soldier boyfriend to call from Germany -- they've been married 63 years. We've also heard about people who still have phone boxes in their gardens and of one that's been converted into a library. Elsewhere we've heard of them being used to house defibrillators and phone charging stations.

As more and more people got their own home phones and then as mobile phones have become more widespread, the need for public phone boxes has diminished greatly. As demand decreased, BT decided to sell many of their phone boxes, reportedly selling one to Tom Jones for £50,000 which was later shipped to his California mansion and resides in the garden.

Originally from Pontypridd, this was the same phone box where he first chatted with his late wife Linda and where he learned he had become a father.

Latterly, after the phone box had been shipped to California, he also learned he had become a grandfather in the very same phone box so it has huge sentimental value to him.

Judging by your reaction to our Facebook photos, the affection for the red phone box survives.

On Facebook we asked how much it was to make a phone call. Can you remember? Head over to the Golden Charter Facebook page and see if you were right.