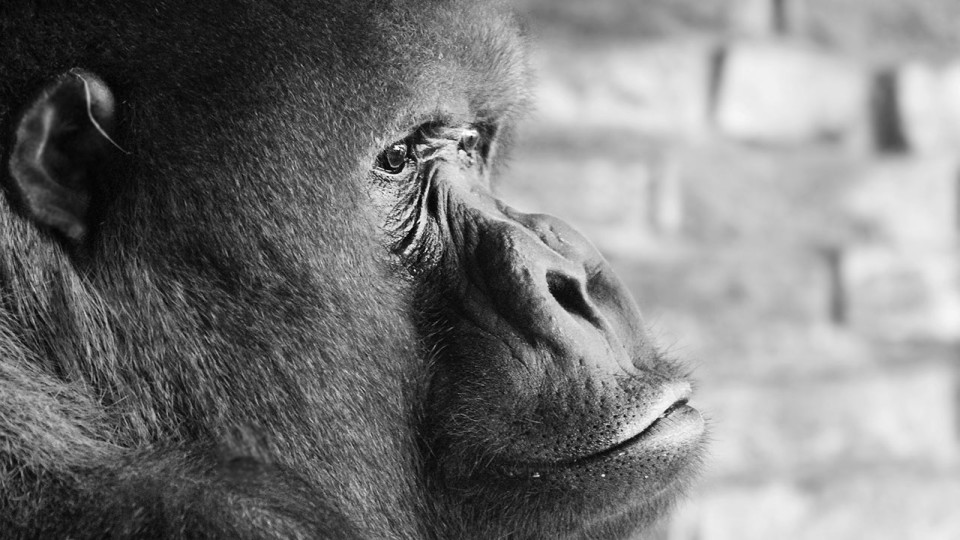 We think of grief as a uniquely human emotion, but there are many examples of animals apparently experiencing suffering from the loss of a 'loved one'.

Recently, off the coast of Vancouver, Canada, a Killer Whale kept her dead calf with her for more than two weeks before finally letting go of the baby's body. The newborn Orca died soon after birth, but its mother 'repeatedly retrieved' its sinking body, 'supporting it on her forehead and pushing it in choppy seas' according to a statement from the Center for Whale Research.

The sight of the mother Killer Whale carrying her baby's body for 17 days and over 1,000 miles was 'an image of grief that struck an emotional chord worldwide' according to the Guardian. The paper reported that the whale's story had inspired an upsurge in support for environmental action to save the endangered animals.

But from a scientific perspective, animal grief in complicated. Studies suggest that some animals might understand death in ways similar to humans. But professionally sceptical, scientists believe that more research is required before we can definitively refer to non-human species' response to death as "grieving".

That, however, won't prevent the rest of us seeing heart-breaking animal behaviours in terms of our own understanding of grief. The recent images of the Orca and her calf are just the latest in a long line of pictures and videos that are popularly seen as evidence of animal grieving.

A post on Refinery29.com speculates on the behaviours of a range of animals that seem to be mourning like people. It describes chimpanzees appearing to hold funerals; baboons apparently seeking the comfort from others in their group after a death; elephants possibly paying their last respects; and the death of a duck, maybe from a broken heart, very soon after losing its companion.

While acknowledging the need for more science, the post explains our readiness to see grief in the animal kingdom as a reflection of our own struggle to understand the grieving process. "...even among humans, grief can feel like a mystery, so it's a small comfort to see some of our own mourning processes reflected in other species."

Overlaying human interpretations of animal behaviour is common in everyday life and it's no surprise that we see echoes of ourselves in their response to death. From the communal cackling of Magpies to mark the demise of one of their own to the mournful howling of wolves that have lost a member of the pack, we want to believe these animals are expressing their grief as openly as we do.

Writing in the Telegraph, Dr Marc Bekoff, professor at the University of Colorado and author of 'The Emotional Lives of Animals', explains that the fact that we share traits with animals, including emotions, is an extension of Charles Darwin's accepted ideas about evolution.

"The differences between species are differences in degree rather than differences in kind," he wrote. "The seemingly natural human urge to impart emotions on to animals, far from obscuring the "true" nature of animals, may actually reflect a very accurate way of knowing."