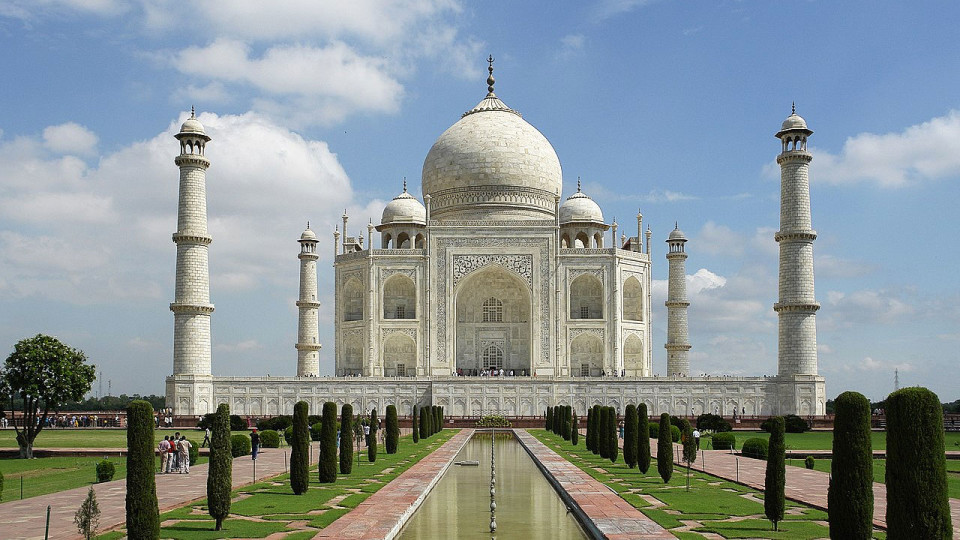 Memorials, from traditional headstones to the plaques on the benches situated in favourite beauty spots, are an important reminder of the loved ones we have lost. They provide a place for people to go to remember and pay their respects around important anniversaries.

Personal memorials, for the most part, are low-key and in keeping with their surroundings. But the memorials for some public figures have been designed to dominate the spaces they inhabit in honour of the famous figures they remember.

The grandest of all memorials has to be the Taj Mahal, different from the other monuments in our list in that it is a building dedicated to the memory of an individual rather than a sculpture of the person remembered. Construction of the iconic building began the year after the death of Mumtaz Mahal - the Exalted One of the palace - the wife of Mugal emperor Shah Jahan, in 1632. The monument to eternal love is made from white marble, gold and precious stones brought from around the empire and as far away as Tibet. It took 12 years to build the main building and another 10 to complete the minarets and gatehouses that surround it.

This towering concrete column, almost 170 feet tall, stands in London's Trafalgar Square. Topped by a statue of Admiral Horatio Nelson, it was erected to commemorate his victory, and death, at the Battle of Trafalgar in 1805. The monument wasn't built until 1843, and just like the famous Admiral, the sandstone statue only has one eye and one arm. During the Second World War, the German air force is said to have been ordered not to bomb the statue, believing that that they would move the grand symbol of military power to Berlin when they won the war.

The American Capital is packed with memorials and monuments - the first of three on our list and one of the best known is the Lincoln Memorial. The centrepiece of the monument is a 175-tons marble statue of Lincoln, seated in contemplation, and measuring almost 20 feet, head-to-toe. The building that houses the memorial statue of America's 16th President is constructed in the style of a Greek temple with 36 columns, one for each of the US states at the time of Lincoln's death. The monument has become so associated with American ideals that it has been featured on the country's currency, the one-cent coin between 1959 and 2008, and the five-dollar bill since 1929.

Civil rights campaigner Martin Luther King made his famous 'I have a Dream' speech on the steps of the Lincoln Memorial, but has since been given his own monument in Washington DC, the first on the National Mall not dedicated to a white man. The design of the four-acre memorial site was inspired by a line from King's speech with visitors walking between two halves of 'The Mountain of Despair' toward the 'Stone of Hope'. A 30-foot tall statue of King emerges from the white-granite surface of the 'Stone of Hope'. A wall, surrounding the sculpture and both sides of the mountain, carries quotations from King's best-known speeches and sermons.

Near the National Mall, among elm and holly trees in the grounds of the American National Academy of Sciences, a huge bronze statue commemorates the life of one of the world's best-known scientists, Albert Einstein. Unveiled in 1979 to mark 100 years since the physicist's birth, the seated statue is 12-feet high and weighs 4 tons. In the sculpture, seated on a three-step bench of granite, Einstein is holding a sheaf of papers engraved with the three equations that highlight his most important discoveries, including the theory of general relativity and the equivalence of energy and matter, E=mc^2^.

There are many memorials to Nelson Mandela around the world, including statues in London and streets named after him in Glasgow. One of the most striking monuments to South Africa's first black president is a sculpture in Howick, 50-miles south of Durban, built to commemorate the 50^th^ anniversary of Mandela's arrest in 1962. The sculpture is made from 50 metal columns between 16 and 33 feet tall. Visitors to the monument must stand over 100 feet from the columns to be able to see Mandela's face in the structure, unveiled by South African President Jacob Zuma in 2012, just over one year before Mandela's death in 2013.