Thank you from the Golden Charter network 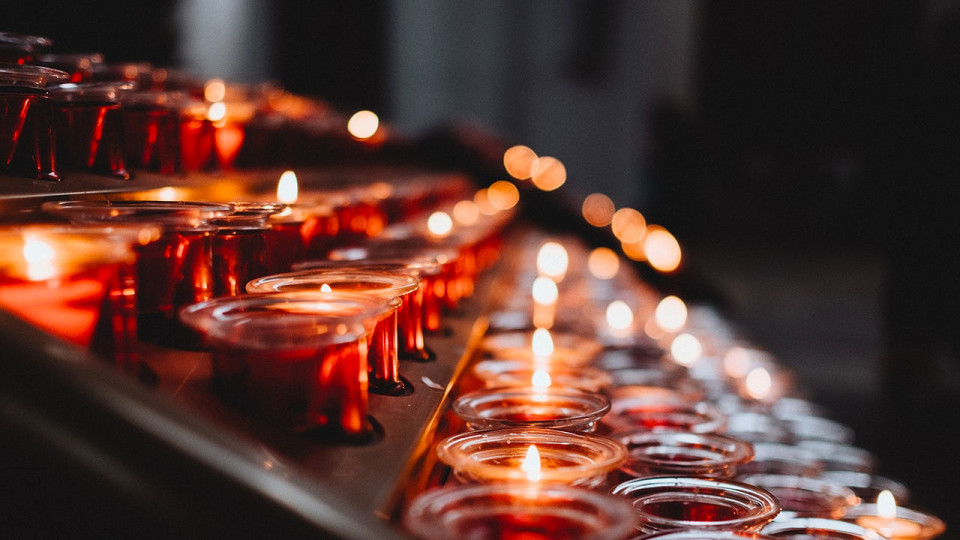 Remembrance Sunday falls on the 11th of November this year, exactly 100 years since the end of the First World War. In this centenary year, The Royal British Legion has launched a mass movement to say 'Thank You' to all who served, sacrificed, and changed our world during the First World War.

The charity is calling on mass involvement from the public to mark 100 years since the end of the conflict and Golden Charter is proud to share some of the Thank You stories sent to us by members of our network of independent funeral directors.

Sergeant William Edward Hogan who was serving with the Cheshire Regiment when war was declared. He took part in some of the first actions of the conflict and was wounded in the retreat from Mons. He recovered and returned to the front - he was killed on 8 May 1915 during the Second Battle of Ypres.
- Mark Myatt, Great Grandson (Adair Funeral Directors)

Rifleman Thomas Martin Horner volunteered to join one of Lord Kitchener's New Army Battalions from East Belfast. Arriving in France in October 1915, he fought on the Western Front throughout 1916. Surviving the Somme, Thomas was killed in action on 5 September 1917. He is buried at Pond Farm Cemetery in Belgium along with 295 other Commonwealth, and five German, soldiers.
- Alan Horner, Great Nephew (Adair Funeral Directors)

Private Joseph Galloway and his wife Elizabeth Galloway, who raised four small children while her husband was on active service. Joseph was wounded at Suvla Bay, Gallipoli and evacuated to a military hospital on Malta. He later fought in Egypt, France and Belgium. While Joseph was at the front, the couple's eldest son Robert died of scarlet fever aged only seven. Many years later, whilst working as a nurse at Cameron Hospital, Fife, their granddaughter came across a ledger entry recording Robert's death. It read, "Child dead - mother distraught - father at war".
- Evelyn Brunton, Granddaughter (Anderson Funeral Directors)

George Francis McClellend, from Gateshead, who joined 13th Battalion Durham Light Infantry aged just 19. Landing in France in August 1915, he was reported missing on 7 October 1916 during the Somme offensive. Like many thousands of others, George's body was never recovered. His great niece has a copy of a letter his mother Charlotte sent to the Army asking for news of her son.
- Andrea Hepburn, Great Niece (E Bush Funeral Directors)

Frederick William Leighton, who volunteered to join the Duke of Wellington's (West Riding) Regiment. He fought in some of the most infamous actions on the Western Front, including the first Somme offensive, Passchendaele, Vimy Ridge and St Quentin. Although gassed twice, he was one of the fortunate ones who returned from the war, living in good health until the age of 84.
- Shirley Allan, Daughter (E Bush Funeral Directors)

Charlie Mackie, born in 1892, who joined the Royal Naval Volunteer Reserve and found himself aboard HMS Birmingham in Keil Harbour - home to the German Fleet -- on the day war broke out. In 1916, he served on HMS Revenge at the Battle of Jutland, the largest naval battle of the First World War. He never spoke of his experience of the battle except to say he didn't know much of what was going on - he was too busy trying to keep the ship's engines going.
- Catherine Bush, Granddaughter (E Bush Funeral Directors)

Guardsman Lovell Everson from Machen, near Caerphilly, who served with the newly formed 1st Battalion, Welsh Guards, on the Western Front. In March 1918, he ran from his trench to save a wounded officer lying in no-mans-land. Lovell was killed a few days later on 10 March 1918, just months from the end of the war. He is commemorated on the Arras Memorial alongside the 35,942 missing from the battles of Vimy Ridge, Arras, the Scarpe, Bullecourt and Hill 70.
- R & P Everson Funeral Directors

Private Amos Johnston of the Machine Gun Corps. Who was killed in action on 15th September 1916 during the Somme offensive. He died in the attack of the 6th Division, one of the first ever actions to include the use of tanks. Amos was 29 years old and left behind a wife, Frances. He is remembered along with thousands of others on the Thiepval Memorial to the missing overlooking the Somme River in France.
- Nicola Walker, Great Granddaughter (A.B. Walker)

Corporal Abel Redrup, a carter at Paddington, who joined the Army Service Corps in October 1915 aged 40 and with eight children. Promoted to corporal and mentioned in dispatches, he learned to drive lorries and motorbikes during his service. Making the best of his wartime experience, he took a job as a London Taxi Driver, earning much more than he had done before the war.
- Dennis Redrup, Grandson (M.K. Ginder & Sons)

Mary Walker, a member of the Voluntary Aid Detachment (VAD), who nursed sick and injured servicemen from 1914 to 1920. She was based at Nunthorpe Hall Hospital in York, an Auxiliary Hospital which treated over 900 men throughout the War. The hospital was bombed in a Zeppelin raid on York in May 1916 -- two bombs hitting the house and four landing in the garden. Unharmed, Mary lived a long life and continued to serve in the St John Ambulance Association.
- Nicola Walker, Great-Great Neice (A.B.Walker)

Rifleman Ronald Alfred Weaver, of the Isle of Wight, who volunteered for the Army aged only 18. He joined the Isle of Wight Rifles and landed at Suvla Bay Gallipoli on 9 August 1915 as part of the 54th East Anglian Division. Ronald was killed on 4 September 1915 and is buried in the 7th Field Ambulance Cemetery at Gallipoli.
- Caroline & Richard Weaver (Weaver Brothers)

The Royal British Legion's Thank You campaign honours not only the 1.1 million British and Commonwealth Armed Forces who lost their lives in the First World War, but also those who played their part on the home front, and those who returned to build a better life for the benefit of generations to come.

Many events have been organised in the run-up to the 11th of November and there are lots of ways you can say Thank You. Whether your personal Thank You is an event dedicated to those who made a difference in your community, a visit to a place of significance, or a simple tweet, there's no limit to the ways people can take part.

For ideas and more information visit the Thank You page on the Royal British Legion website or follow the hashtag #ThankYou100.

This year, as in previous years, £25 will be donated to The Royal British Legion or Poppyscotland for every eligible funeral plan sold by participating independent funeral directors or directly from Golden Charter.

We would like to thank the management, staff and customers of the following funeral directors for sharing their Thank You stories with us.