Remembering Together: The Secret War 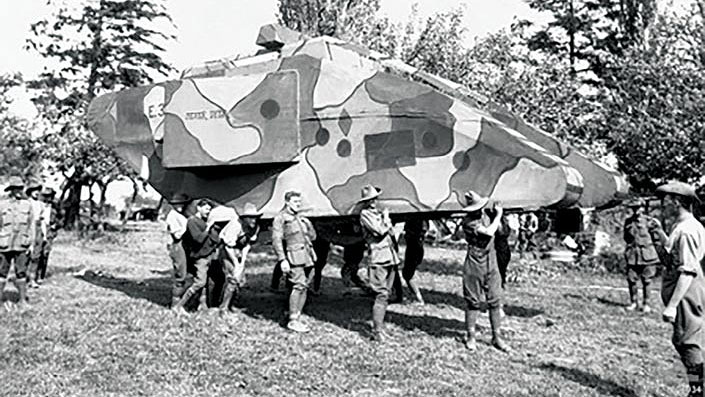 The men and women of the British and Allied secret services worked silently behind the scenes to change the course of the war. Before the first battles of the Second World War had been fought, the Secret War was underway.

With courage, ingenuity and intellect, the secret services gathered intelligence and fed false intelligence to the enemy. They cracked codes and worked with the resistance to "set Europe ablaze".

The best-known British secret services and intelligence organisations of the Second World War were MI5, MI6/Secret Intelligence Service (SIS), the Government Code and Cypher School (GC&CS) based at Bletchley Park, and the Special Operations Executive (SOE).

MI5, set up 1909, focused on internal security and domestic counterintelligence in Britain. It played a crucial part in fighting enemy espionage in World War Two, intercepting German communications and feeding misinformation back to Germany.

GARBO convinced the Germans that he had a large network feeding him with intelligence on Allied activities and played a key role in convincing the Germans that Calais, not Normandy, was the site of the D-Day landings.

MI6, also set up in 1909, collected intelligence from outside the country. As well as analysing foreign intelligence, they carried out espionage outside Britain. Agents worked in Europe, Latin America, and Asia, spying and working with local resistance groups. The most successful SIS network was 'Service Clarence' operating out of Belgium. From inside enemy territory, it supplied information on coastal defences, the effects of Allied bombing, and the location of German units.

Ahead of D-Day, SIS worked with their US counterparts and Free French allies to create special 'Sussex' teams of agents. Just two months after the invasion, by August 1944, there were over 30 'Sussex' teams in France. Consisting of three agents, one of each nationality, in civilian clothes, they transmitted over 800 messages providing the Allies with detailed information on German troop movements before and after D-Day.

Founded after the First World War, GC&CS gathered intelligence from the communications of organisations, governments or individuals who were a threat to the British state. A crucial role during the Second World War was code breaking; their work at Bletchley Park played a significant role in the Allied victory.

Initially with a headcount of just 150, there were eventually 10,000 people working across the various sections of GC&CS, 75% were women. The service recruited some of the best minds in the country, including Alan Turing. He developed a machine to crack Luftwaffe signals before moving on to the German Navy's Enigma code, to give Britain the advantage during the Battle of the Atlantic.

Formed in July 1940, SOE's mission was to fight a secret war of sabotage and subversion behind enemy lines. Winston Churchill ordered them to 'set Europe ablaze!'. Both male and female agents worked in occupied territory, building intelligence networks, recruiting and co-ordinating resistance forces and conducting sabotage.

Supporting the D-Day landings, 'Jedburgh teams' with an SOE agent, an OSS agent and a Free French agent were formed. Expert in guerrilla warfare, they co-ordinated resistance forces in France to hamper enemy movements in the months following the Allied invasion. Jedburgh teams were then used in Italy and in the Far East.

At its peak, SOE had 10,000 men and 3,000 women; almost half the men served as active agents overseas. Some SOE women also served behind enemy lines, the only women permitted a combat role in British forces during the Second World War. Of the thirty-nine women who went into the field, 13 were captured and executed by the Gestapo.