As one of the most expensive funeral type options, burials have become less common over the past 150 years with only 26% of the funerals organised in 2020 involving a burial. One of the largest costs often associated more with this type of funeral is that of a headstone, with modest examples costing around £900 on average.

Though for some, money was no object when it came to individual preferences for headstones, with necropolises all over the world furnished with ornamental and highly decorated examples of gravestones. Here are six stories of how interesting and unusual headstone memorials came to be.

The grave of Fernand Arbelot lies in Pere Lachaise Cemetery – Paris’ largest cemetery. Visited by over 3.5 million people annually, the interesting grave stones are part of the most visited necropolis in the world.

While at first glance the memorial might seem untoward, the design has a romantic meaning. Arbelot had one wish upon his death in 1942 – to gaze at his wife for all of eternity. The bronze sculpture, created by Adolphe Wansart, is inscribed with the words "Ils furent emerveilles du beau voyage. Qui les mena jusqu'au bout de la vie." Which means "They were filled with wonder at the beautiful voyage. Which carried them until the end of life." 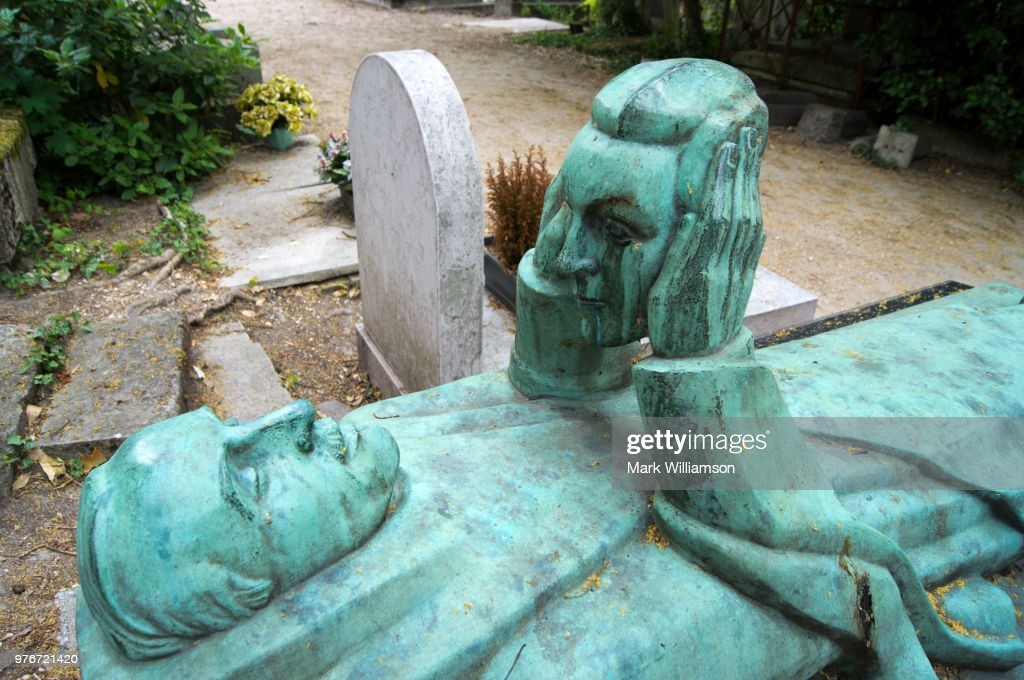 Also resting within Pere Lachaise since he died in Paris in 1900 is Irish playwright, Oscar Wilde. After an anonymous donation of £2,000 – nearly a quarter of a million pounds in today’s money – sculptor Jacob Epstein took up to 10 months to complete the tomb. Reportedly influenced by Wilde’s poem, The Sphinx, the headstone was created in London and transported to Paris in 1914.

In the 1990s a visitor left a lipstick kiss on the tomb and from then on a tradition developed. Thousands of tourists that visited the monument left makeup graffiti on the historical monument and cleaning the stone became damaging. So on the 111th anniversary of his death, a glass panel was erected around the statue to keep it safe. 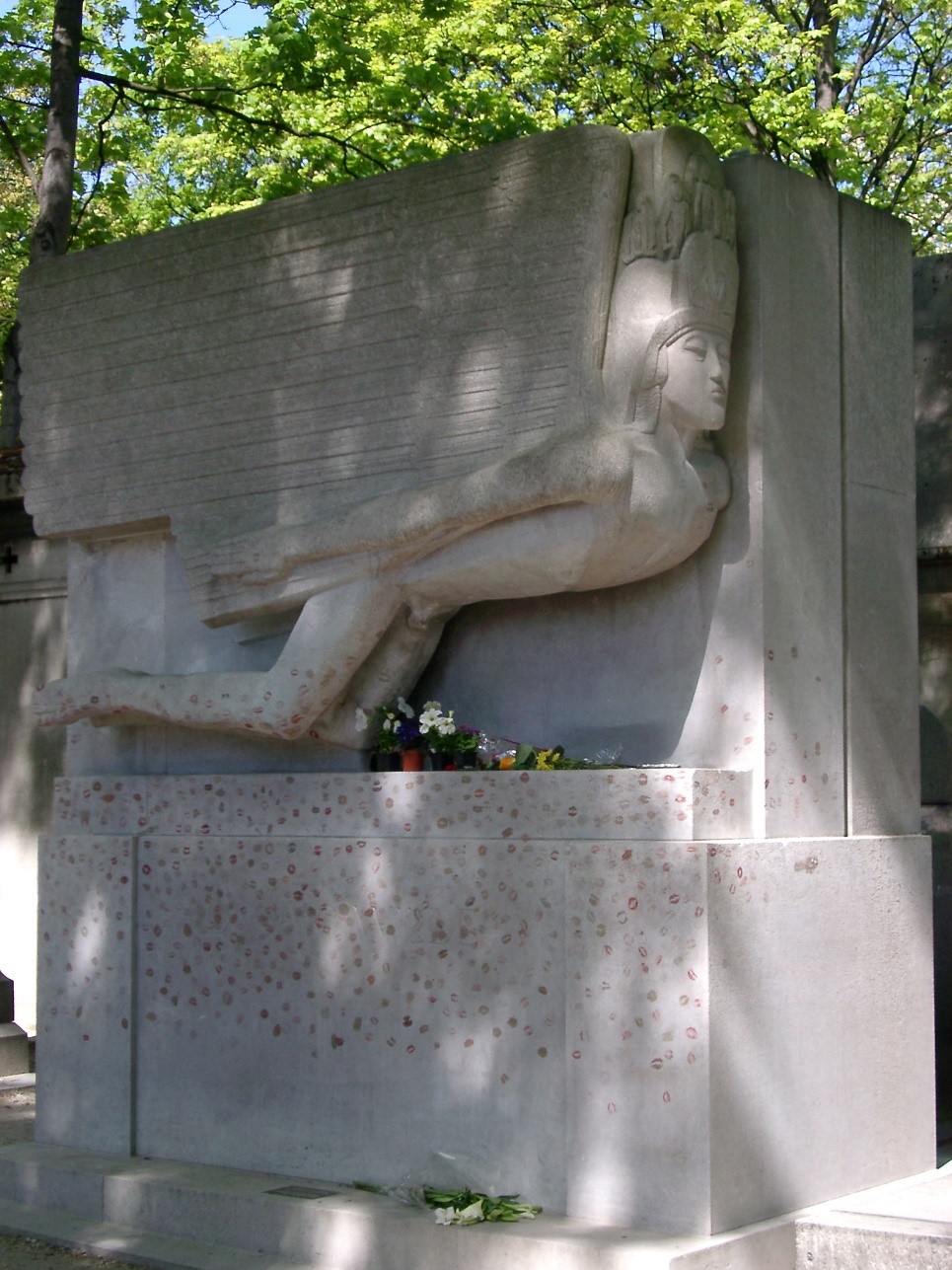 Sarah and John Milburn Davis were a successful, but frugal couple, with no children from Hiawatha, Kansas. Sarah was originally buried with a simple headstone marking her grave. But soon after John removed this headstone and replaced it with a statue. This was only the beginnings of this monument to “the sacred memory” of his wife. Over the years John installed many marble and granite statues and other features.

As the cost of the memorial grew, so did upset in the local community, who were living in poverty under the Great Depression. Some believe he wanted to spend all of his money so his late-wife’s family wouldn’t receive it as inheritance, others think he was a broken-hearted grieving eccentric. The extensive memorial in Mount Hope Cemetery is now the most famous attraction in the town. 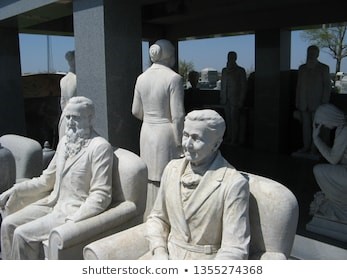 Yuri Nikulin was a comedic clown and film star in his native Russia. He was a renowned performer, and later, director of the Moscow State Circus, a position he held from 1984 to his death in 1997 aged 75. Upon his death, the outfit was renamed The Old Nikulin Circus in his honour and a bronze statue was erected there in his honour.

He often played relatable, funny and likable characters with his obituary in The Independent citing that “he became the star of many television shows and to children in the Soviet Union he was known simply as "Uncle Yuri". Many of his most famous lines in films became part of the national culture.”

Nikulin was buried in Novodevichy Cemetery in Moscow. One of the city’s most popular attractions, it is where famous politicians and cultural favourites were laid to rest. Here, Nikulin’s headstone features a bronze sculpture of him sitting, smoking near his favourite dog, a Giant Schnauzer named Fedor. 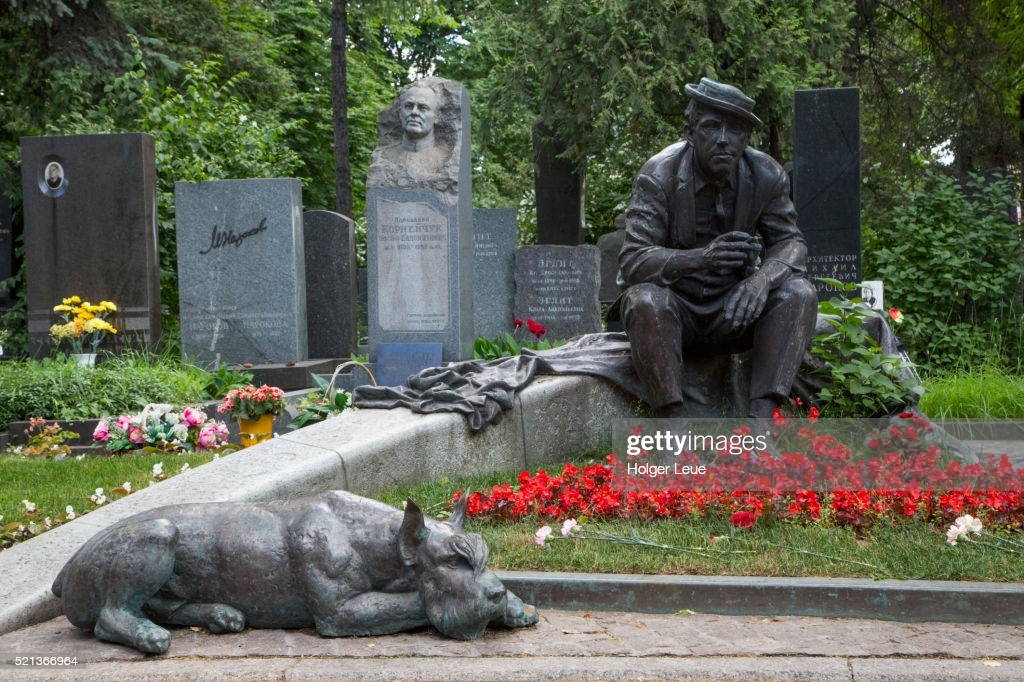 The mystery of the grave of the sleeping girl

Caroline Walter died of tuberculosis in 1867 aged just 16. Her sister commissioned a life like sculpture of her to make it look as though she’d fallen asleep in bed reading a book in Alter Freidhof cemetery in Germany. The open book reads “It is certain in God’s wisdom that from our dearest loved one we must part.”

Every day for nearly a 150 years fresh flowers have been laid on the grave but no one knows how they appear there. Local legend is that Walter’s young lover wasn’t able to get over the heartbreak of losing her and his undying love brings a daily memento to her graveside. 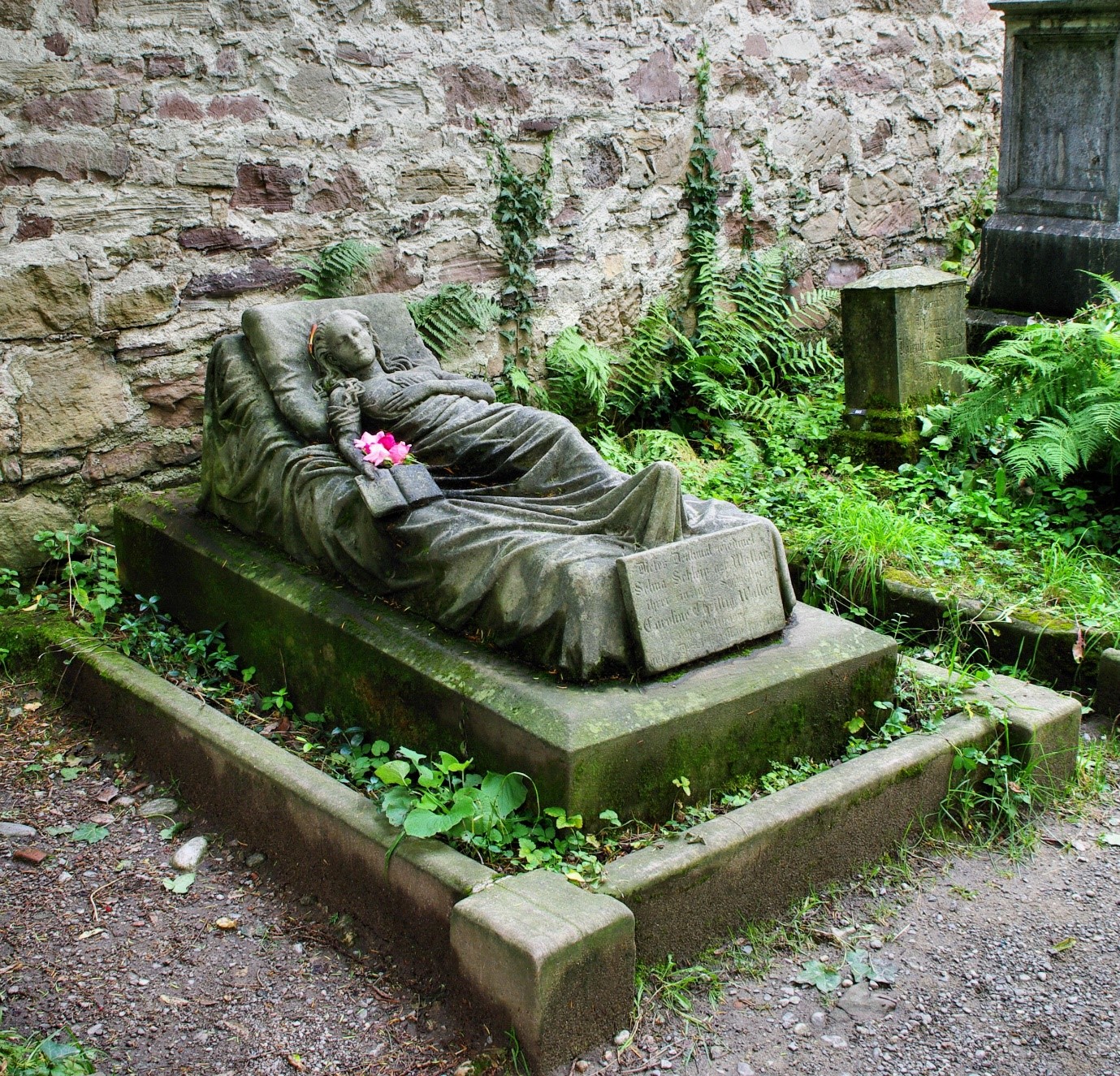 Writer of the famous works Journey to the Center of the Earth, Twenty Thousand Leagues Under the Sea, and Around the World in Eighty Days, French novelist and “Father of Science Fiction” passed away in 1905 at the age of 77 when he was buried in Cimetière de la Madeleine, Amiens France.

Two years later, sculptor, Albert Roze used Verne’s death mask to create a statue to him emerging from his place of rest. 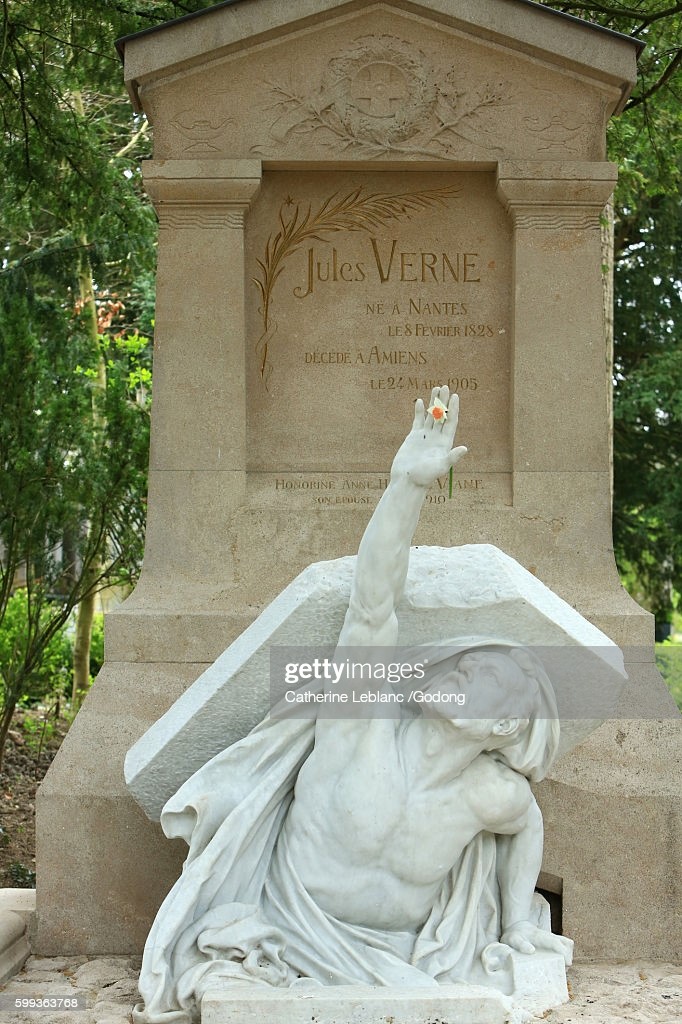