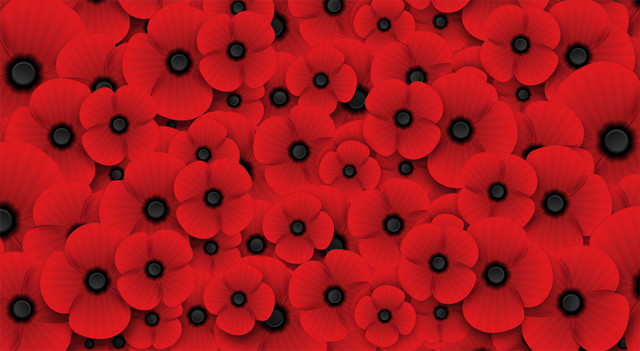 Blog image for Rethinking Remembrance in 2017

Every year at this time, volunteers distribute the familiar red paper poppies throughout the UK, collecting donations to help support the vital work the Royal British Legion does to support the Armed Forces community.

Members of the public wear the iconic poppy as a symbol of Remembrance for the service men and service women killed in conflict. The Royal British Legion, and its sister organisation Poppyscotland, want everyone to continue to honour the fallen in the run up to Remembrance Sunday on November 12th. But the charities are also reminding people not to forget the living.

In recent campaigns, the Royal British Legion has worked hard to explain that, while we should never forget the sacrifices of past heroes, it is incredibly important to support those 'living on through hardships across all generations of our Armed Forces community'.

A symbol of hope

The 2017 Poppy Appeal aims to highlight the poppy as much as a symbol of hope as remembrance, not just for those in the Armed Forces community who need support, but for everyone looking towards a peaceful future.

This year’s TV advert features the words of the most famous Remembrance poem 'In Flanders Fields'. Lt Col John McCrae was inspired to write the poem after the death of his friend at the second battle of Ypres during in the First World War, when amidst the death and destruction he saw poppies blooming, connecting the flower forever with a message of hope.

The Royal British Legion’s work to bring hope and support to the Armed Forces community takes many forms and, with members of the community dispersed within the civilian population, extends to wherever and whenever it is needed.

In the last year, RBL was able to answer more than 1,077,019 requests for help, but only through the generosity of the public as the organisation is entirely dependent on public support. The fundraising target for the Poppy Appeal 2017 is a record £47m. During this year’s appeal, over 40 million poppies will be distributed by 150,000 dedicated collectors.

Having raised £139,000 in our first year of collaboration, we are delighted to announce we will be joining forces with The Royal British Legion and Poppyscotland for a second year.

Money will be raised by our network of independent funeral directors throughout the UK from a variety of activities including hosting community events, award-winning window displays in local communities and also continuing the £25 donation for every eligible funeral plan sold in branch.

Ronnie Wayte, CEO of Golden Charter, said he was pleased that the initial fundraising target of £100,000 had been exceeded, but added: "While we are delighted to have achieved this, we know there’s a lot more that can be done in our second year of the collaboration."