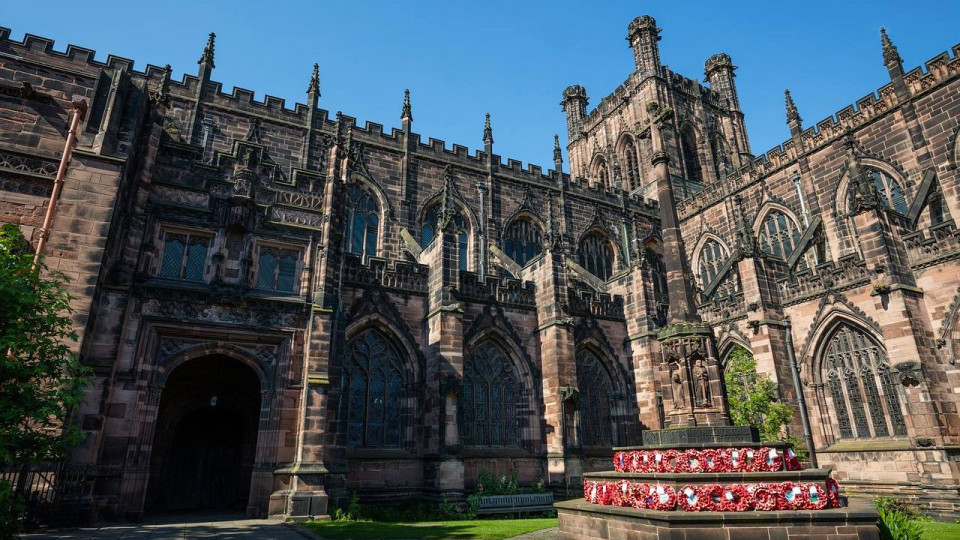 The National Service of Remembrance will culminate this year with a two-minute silence at the 11th hour of the 11th day of the 11th month, marking exactly 100 years since the end of the First World War. The ceremony will centre on the Cenotaph in Whitehall, but all around the UK services of remembrance will take place at many of the estimated 100,000 war memorials in the country today.

Following the devastation of the First World War, during which around three quarters of a million British servicemen were killed, British society endured an almost universal sense of grief. Historian Adrian Gregory estimates that almost everyone in the country lost friends and neighbours, and three million people lost sons, brothers or fathers.

Many of the dead were buried on the battlefields where they fell and, with no bodies to mourn or graves to visit, people needed a focus for their grief. As the UK War Memorials website explains, war memorials were erected across the UK in 'the greatest wave of remembrance this nation has ever seen'.

Today these memorials represent an important aspect of our heritage and a concrete reminder of a terrible global conflict that still influences the world we live in. During the First World War Centenary, from 2014 through 2018, several UK organisations have been working to research, record and conserve the war memorials of Britain.

In recognition of the First World War Centenary, the Government made over £2 million in grants available for the conservation and protection of war memorials. The grants are administered by The War Memorials Trust; a charity working to protect war memorials throughout the country.

The Trust offers advice to communities on how to preserve and protect their local memorials and created the Learn About War Memorials website with educational materials for schools, teaching the importance of war memorials.

The War Memorials Online website gives the public a way to record their local memorial, but also raise concerns about the condition and conservation of these important monuments. With the public's help, the site is aiming to build a comprehensive record of 'the whereabouts, type and condition of all war memorials in the UK'. It currently includes over 40,000 war memorials and over 30,000 condition reports.

The War Memorials Register, a project by the Imperial War Museum, currently holds records for over 77,000 memorials in the UK, the Channel Islands and the Isle of Man. The Register includes memorials to members of the armed forces, civilians and animals from all wars and to those who died in service.

Searches for memorials on the War Memorials Register can be made by location, but also filtered by the war they commemorate, the type of memorial, from plaques to clock towers, and even by the architect or craftsmen that made it. Searches return memorial descriptions and Ordnance Survey information to help people visit where possible. Inscriptions are also recorded including the names of the individuals commemorated. The register currently holds records of over 1 million names.

There are some incredibly well known, and beautiful, war memorials throughout the UK, from the Cenotaph in the centre of London to the Commando Memorial at Spean Bridge in the Scottish Highlands, which is a rugged depiction of three Commandos cast in bronze standing on a stone plinth in sight of Ben Nevis.

But almost every town in the country has its own unique memorial to mark that community's remembrance. From stone cenotaphs to bus shelters, the names of local people are recorded as a mark of respect and gratitude for the sacrifices made by so many.

In this centenary year, The Royal British Legion has launched a mass movement to say 'Thank You' to all who served, sacrificed, and changed our world during the First World War. The charity is calling for mass involvement from the public to mark 100 years since the end of the conflict.

Thank You will honour not only the 1.1 million British and Commonwealth Armed Forces who lost their lives in the First World War, but also those who played their part on the home front, and those who returned to build a better life for the benefit of generations to come.

Many events have been organised in the run up to 11th November and there are lots of ways you can say Thank You. Whether your personal Thank You is an event dedicated to those who made a difference in your community, a visit to a place of significance, or a simple tweet, there's no limit to the ways you can take part.

For ideas and more information visit the Thank You page on The Royal British Legion website or follow the hashtag #ThankYou100.

This year, as in previous years, £25 will be donated to The Royal British Legion or Poppyscotland for every eligible funeral plan sold by participating independent funeral directors or directly from Golden Charter.