Funerals at the Edinburgh Fringe Festival 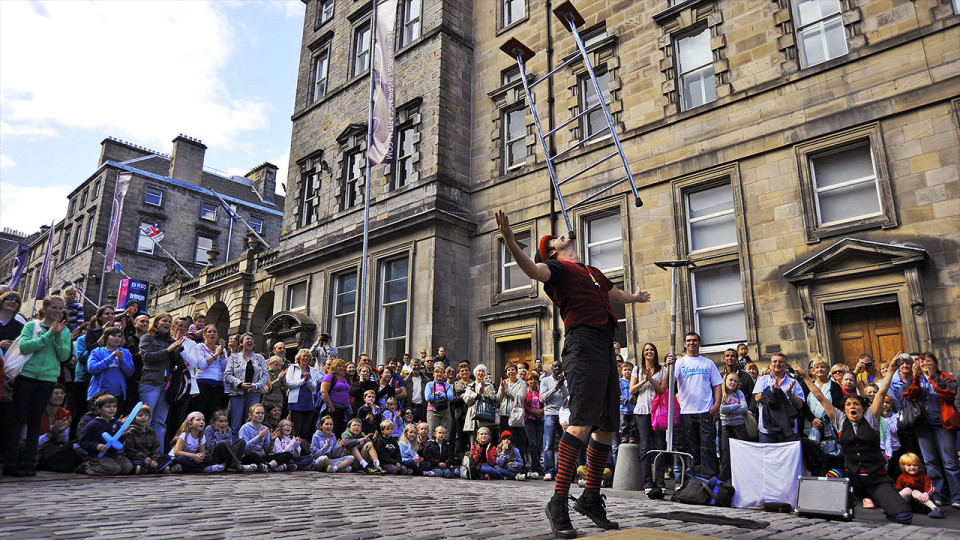 The Edinburgh Fringe Festival, which runs every August in Scotland's capital city, is well known for its edgy comedy shows. There isn't much that is considered off limits for the comedians that perform at the event and this year's festival featured three acts dedicated to poking fun at death - perhaps our last big taboo.

Rich Wilson is no stranger to death, having worked at an old people's home and a funeral director. "I've seen people take their last breath" he told the Scotsman newspaper. "And once you get past 40, you're always thinking about death a little bit more."

His show, Death Becomes Him, takes place in an imagined purgatory, with a simple set, containing just a vase of flowers, a stopped clock and a chair. Richard sits on stage, unsure whether he is to go to heaven or hell and looks back on the highs and lows of the 47 years of his life. But although he imagines himself dead in the show, Rich stressed it isn't depressing. "A lot of people come to comedy to get away from things. So I'm talking about death in a light-hearted way."

In Dead Funny, drag queen Myra Bubois imagines herself as the centre of attention at her own funeral. Her inspiration for the show was the pomp and ceremony of funerals she has attended. She remembers photographs of the deceased, everyone talking about them and playing their favourite music. "What better occasion to pile all the attention on yourself," she said.

Realising she'll miss out on all that attention she brought forward her own funeral, appearing as her own celebrant. Myra describes Dead Funny as "a lovely ego-stroke" with members of the audience standing to offer a few words about what the performer meant to them. "In the event of my actual demise, it's a little blueprint, readily available," she said.

Like Rich Wilson, Myra is aware that her comedy is touching on a subject that can be 'quite raw'. But, she says, "there's catharsis in mocking death".

Andy Field's Funeral sees comedian Andy Field appearing as a hologram at his own funeral. He told the Scotsman that pretending to be a computer-generated image at his own farewell led him to appreciate that he has really enjoyed his life, a realisation that he says he wouldn't have come to if he hadn't created the show.

"It's something you wouldn't necessarily think about in such depth if you hadn't worked yourself into a corner pretending to be a hologram at your own funeral," he told the paper. Echoing the other comedians performing funeral comedy at the Fringe, Andy described his show as 'fundamentally optimistic'. "This is the end of my life, I've made all of my memories, so what's the funniest thing that's ever happened to me?" he said.

Funeral-focused comedy shows may not be to everyone's taste; there are certainly some people that still think death and dying are no laughing matter. But with only 1% of family members completely clear on what they're loved ones wanted for their funeral, a more relaxed attitude to funerals may help us all get the final send-off we want.