Home > News & Advice > How "individual" do you want your funeral to be?
News & Advice
Funeral Plans
News
Help & Support

How "individual" do you want your funeral to be? 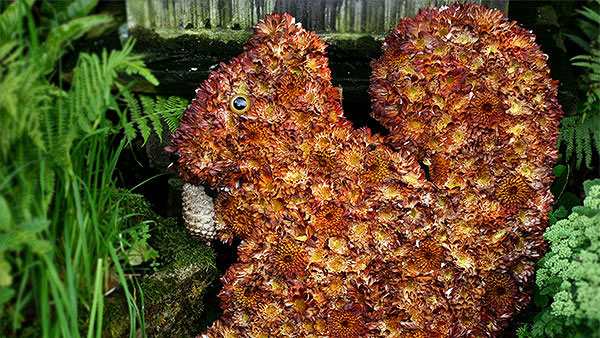 Many people choose to introduce some personal touches alongside the more traditional elements of their funeral service.

Religious celebrants and venues, familiar funeral flowers and classic wooden coffins sit easily with modern music choices and more relaxed dress codes at many British funerals. Most funerals in Britain today are actually a strong mix of the traditional and the personal.

However, for some people, nothing less than a truly unique send-off will do.

The sombre black of the traditional funeral party regularly gives way to more colourful hues in celebration of life ceremonies. But even the hottest pinks couldn't compete with the sartorial 'anarchy' that attended the funeral of punk empresario Malcolm McLaren.  His one-time partner Dame Vivienne Westwood wore a headband with the word 'chaos' on it and in the crowd lining the street in Camden his funeral cortege passed by were people in studded leather jackets, Doc Marten boots, pink hair and Sex Pistols T-shirts.

We're used to seeing popular favourites like 'My Way' top the charts for modern funeral music. Even quirky choices like Monty Python's 'Always Look on the Bright Side of Life' make a regular appearance. But how much of an individual do you need to be to choose the theme tune from the children's TV show The Teletubbies for your exit music? According to a survey by funeral-vehicle maker Wilcox, the top-10 most irreverent funeral music choices included the theme from The Teletubbies, the theme to Deal or no Deal and the music from the Benny Hill show.

Most funeral flower arrangements are classically beautiful, taking into consideration the personal tastes of the deceased, traditional funeral flower choices and seasonal availability. But it is entirely possible to design a floral tribute that could only be for one, unique, individual. Arrangements in the colours of favourite teams often make an appearance alongside decorated sports equipment or clothing. But for real individuality consider a floral model of Emmerdale farm, a British Airways 747, a pint of Guinness or a Nightmare character Freddy Kruger.

In Africa, particularly Ghana, there is a strong tradition of creative coffin designs that reflect the aspirations and passions of their dead. But even in the UK, classic wooden coffins are sometimes passed over in favour of more elaborate caskets. Connoisseurs of Scotland's other national drink can leave in Irn Bru livery and Crazy Coffins in Nottingham has made a coffin made to look like an old-fashioned steamer trunk decorated with luggage labels from places the deceased had visited. If you're a Doctor Who's biggest fan, a TARDIS coffin is a definite option.

The days of the black funeral limousine and sleek hearse are far from over, but these immediately recognisable funeral vehicles are no longer the only option when it comes to choosing transportation for your final journey. Milk floats, Scooby Doo's Mystery Machine and a Del-Boy style three-wheeler have all made an appearance at funeral services. But the Tankhearse, a converted FV432 tank that saw action in Iraq and Afghanistan, probably creates the biggest stir as it trundles up to the church or crematorium.

Choosing the right venue for your funeral service or for your wake was once a question of what was close by your church or crematorium. But for some people, their final send-off is all about location, location, location. With no rules about where a funeral service can be held, theatres, sports stadiums and historic buildings have all been used. London firm Poetic Endings specialises in arranging unusual venues with experience in hosting funeral ceremonies and wakes and that are willing to have a coffin present. Venues they have worked with include the most personal option of all, the deceased's own garden.

Golden Charter has one of the largest network of independent, local funeral directors in the UK. Many are long-standing, family-run businesses and all can provide advice on making your funeral unique to you. Find out more about how you can plan for your funeral with one of the funeral directors in our network. Request a free, no obligation information pack below or call 0808 169 4534.