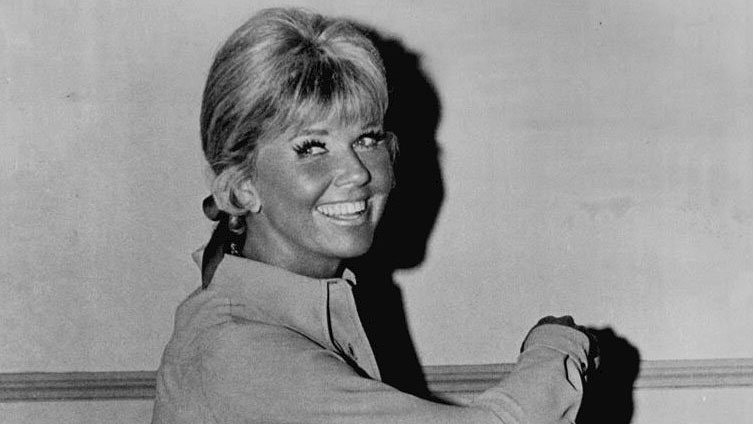 We seem to be more interested than ever in the lifestyles of the rich and famous and our interest continues beyond their daily lives to their funerals. But not every celebrity funeral is the same. Some are star-spangled spectacles packed with beautiful people and paparazzi, but other celebrities choose to make their final journey one of the most private of their lives.

Aged 97, Doris Day died in May 2019. She requested that no funeral or memorial service be held for her, and that she be buried in an unmarked grave. The Hollywood star - famous for much-loved films like Calamity Jane; Move Over, Darling; and Pillow Talk - had been a vocal supporter of animal rights since the 1970s and founded her own animal charity in 1978.

In a statement, representatives of The Doris Day Animal Foundation said, 'Doris' wishes were that she have no funeral or memorial service and no grave marker.' They said that anyone wishing to pay their respects should visit the website of her animal charity which funds smaller animal welfare organisations across America.

There was no funeral for Beatles legend John Lennon, who was shot dead in December 1980. However, his wife Yoko Ono who was with him when he was killed, said although there would be no funeral, that she would set a time for silent vigil to 'pray for his soul'. She invited everyone to participate, "wherever you are at the time."

On December the 14th, at 2pm New York time, people around the world joined in a 10-minute silence. In his adopted hometown, 50,000 gathered in Central Park and in his birthplace of Liverpool, 30,000 people came together to remember the musician. Some radio stations even stopped broadcasting during the vigil, which have since become an annual ritual for fans.

In contrast to less ostentatious occasions, Aretha Franklin's funeral lasted days and was watched live on television and online by millions. Following a public viewing during which her clothes were changed twice, her funeral procession featured 100 pink Cadillacs all travelling to a Detroit church packed with 4,000 mourners.

The funeral service, scheduled to run for five or six hours, began at 11am and did not end until more than eight hours later just before the sun set. It featured a line-up of stars that many music festivals could only dream of, from Chaka Kahn to Stevie Wonder, Smoky Robinson to Jennifer Hudson. Other worthy attendees included a president, serving politicians, famous pastors and several movie stars.

With a UK television audience reaching over 32 million people, the funeral of Princess Diana in 1997 was a very public affair. Diana's coffin was carried by gun carriage from Kensington Palace with more than one million people lining the streets of London to see her funeral cortege make its way to Westminster Abbey.

Her funeral service was attended by 2,000 people who heard Elton John sing a version of "Candle in the Wind", re-written in tribute to Diana. In contrast to her funeral service, the Princess was buried, privately, on a small island in the middle of an ornamental lake at her family estate in Northamptonshire. The decision to bury her there was taken to allow her family to visit her grave in peace.

Rockstar David Bowie, known as much for his eye-catching Glam-rock costumes as his songs, was cremated immediately after his death without any family or friends present. The singer, who had been secretly fighting cancer for 18-months, is said to have told his loved ones that he wanted to 'go without a fuss'.

Bowie's low-key, direct cremation has been described as in keeping with his approach to life. A source close to the star told the Telegraph at the time: "He would have wanted to just disappear with no fuss, no big show, no fanfare. This would totally be his style. In many respects you don't need a memorial or service to remember David by - you have his music instead."

A well-attended all-night wake was held for controversial nightclub owner Peter Stringfellow at his London club following his death in June 2018. But the celebrity party took place after a sedate woodland burial. The green funeral, seemingly at odds with Stringfellow's rockstar lifestyle, was said to be his last wish. A friend said, 'It's also going to be a lovely focal point for his children.'

'Stringy' was buried in a quiet service in a 72-acre woodland park in Buckinghamshire. A friend was reported as saying, "He wasn't a church goer so it would have been a bit hypocritical given his naughty lifestyle for him to spend eternity in a churchyard." His remains will instead rest in a peaceful woodland setting.