The Growth of Crowdfunding 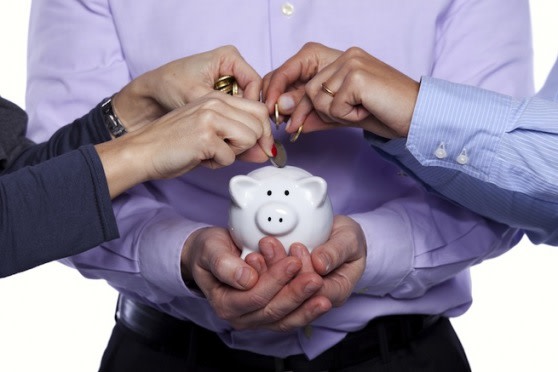 Blog image for The Growth of Crowdfunding

Unless you've been living under a rock for the last few years, you should be familiar with the term 'crowdfunding'.

Defined broadly, crowdfunding is a joint effort by individuals to support a cause, company or organisation by pooling together resources, typically via the internet.

There are several different types of crowdfunding and as the most common type, donation based crowdfunding is a favourite among individuals looking to raise funds for a charitable cause.

Having grown in popularity through fundraising sites such as JustGiving, you will no doubt have come across requests on your Facebook page from those looking to raise as much money as possible.

You may or may not be surprised, however, to learn that 'crowdfunding' isn't a completely new concept.

Although the term was first coined in 2006, collective financing is a reality that dates back to the seventeenth century.

When the Statue of Liberty arrived in the United States, New Yorkers had not been able to raise the $250,000 needed to build the pedestal, which would be equivalent of approximately 6.3 million dollars nowadays.

Just as the funding source for the remaining sum seemed uncertain, Joseph Pulitzer, owner of 'The New York World', decided to launch a campaign to raise funds for the statue's pedestal.

Similarly to current crowdfunding actions, Joseph Pulitzer's campaign raised a significant amount of money ($101,091), in a short time frame (5 months) from a large number of donations (160,000), 75% of which with very small value (less than $ 1).

Almost 130 years later and thanks to the rise of the internet and advances in technology, crowdfunding is gaining momentum in an altogether different sector.

As anyone who has ever had to bury a loved one will attest, funerals carry a steep price tag.

The average cost of a basic funeral in the UK is £3,456, according to Sun Life Direct's Cost of Dying report 2013.

And it seems that high funeral costs are not just a problem in the UK.

Forbes recently reported that families in the US have started looking to crowdfunding sites to help cover the cost of funeral expenses.

As a result there are now several crowdfunding platforms, including Giveforward, DonationTo, and Graceful Goodbye, which have been set up to offer people the chance to ask potential givers for support.

With the average funeral costs estimated at over $7,000 the US's National Funeral Directors Association found that families often find saying goodbye to their loved ones is just too expensive.

As the cost of dying continues to rise, it's expected that this new trend will start gaining status having grown out of the popularity of broader social funding efforts.