AJ Sellman of Cannock, National Funeral Planner of the Year 2016 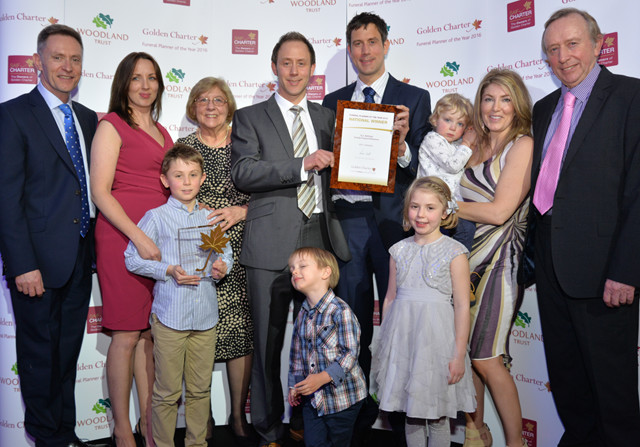 Blog image for AJ Sellman of Cannock, National Funeral Planner of the Year 2016

Earlier this year, AJ Sellman Family Funeral Directors won the award for best large independent funeral director at 2016’s Funeral Planner of the Year Awards. Director Edward Poole said winning the award was wonderful, but the important part was the process of getting to the top spot as a team by “improving and innovating together".

From its 19th century roots to the present day, AJ Sellman has carried on the traditions of the best family funeral directors. But, as Edward explains, just because AJ Sellman is an old business, doesn’t mean it can’t find new, better ways of doing things. “We’ve been in this business for nearly 150 years and we’re still learning,” he says.

That applies to simple things like finding new ways to deal with enquiries quickly, whether they are face-to-face, by phone and email, or by newer communication technologies like social media. “People want information in different ways and a growing part of that is digitally,” says Edward.

Innovation also applies to the services the firm provides, from introducing a ‘Book of Remembrance’ at its Cannock office for families to remember their loved ones on the anniversary of their passing, to bereavement counselling and officiating at non-religious ceremonies.

AJ Sellman has been serving communities in Staffordshire and the West Midlands since 1870. The sixth-generation family business has premises in Cannock, Penkridge and Cheslyn Hay, with 15 members of staff providing a personal service, 24 hours a day, 365 days a year.

Edward says the local heritage of the firm is incredibly important. “People recognise the business. They say their grandfather’s funeral was entrusted to Sellmans, [and] their great grandfather’s funeral. It’s in our DNA to serve the people of Cannock and the surrounding areas.”

He believes the benefit of choosing a family run firm is that it is simply more family focused, rather than profits focused. “If you’re working for a large organisation you have to report to your shareholders and investors. We’re focused solely on what families want.”

Golden Charter works with independent funeral directors all over the UK. Many of the funeral directors we work with are longstanding family-run businesses, providing a compassionate and professional service, and earning a trusted place in their local communities.

For more information on arranging a funeral plan with Golden Charter that will allow you to choose from a network of more than 3,300 independent funeral directors, visit www.goldencharter.co.uk or call 0800 111 4514.