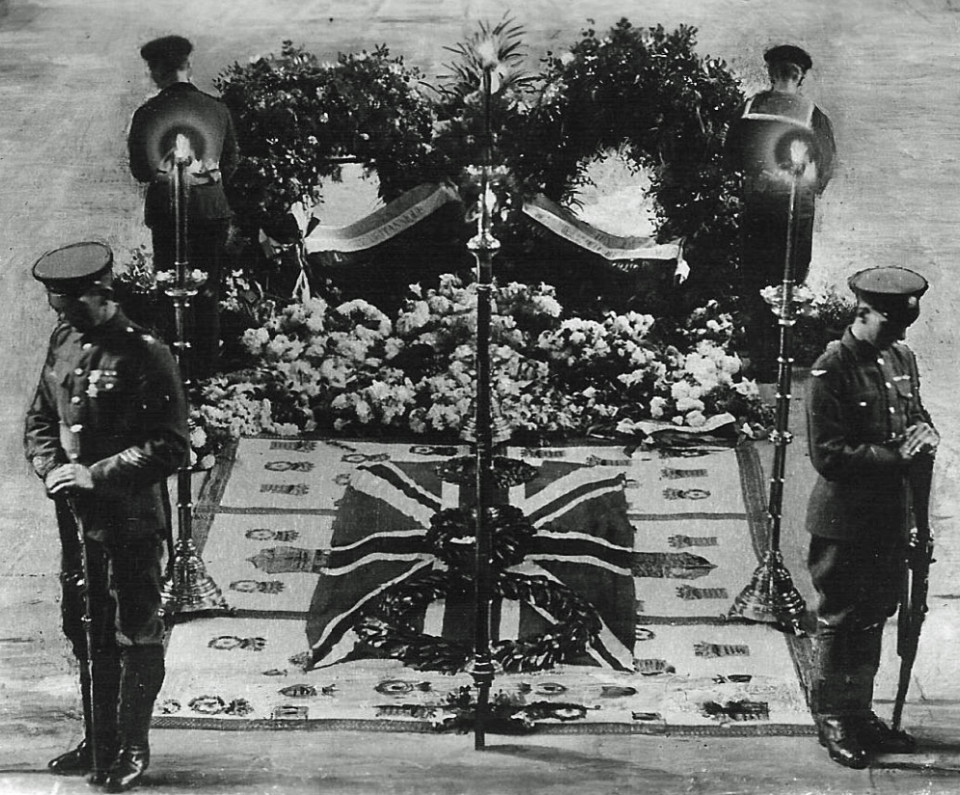 Every year on Remembrance Sunday, the British nation joins together in an act of remembrance at The Cenotaph in London's Whitehall.

The National Service of Remembrance unites to honour those who have suffered or died in war. The two-minute silence, which is signalled by the eleven o'clock chimes of Big Ben, provides a brief moment in which to remember the sacrifices so many people made for their country.

The First World War was one of the most significant conflicts of the 20th century. Between 1914 and 1918, more than nine million men were killed on the battlefield, many of whom were buried in makeshift graves near where they had fallen.

For the families of victims who never returned home, the heartache was unimaginable. With no body or a grave at which they could mourn, the traditional rituals of bereavement -- the funeral, the wearing of black, and seclusion, were disrupted.

As a result, new customs developed with some bereaved relatives adopting other bodies as a focus of their mourning, even following the funeral cortèges of soldiers unknown to them.

The notion that one dead soldier could symbolise all those who had died gave rise to the 'Tombs of the Unknown Soldier' in Paris and London. These monuments were dedicated to the services of an unknown soldier and in memory of all soldiers killed in any war.

In Britain, the tomb of 'The Unknown Warrior' holds an unidentified British soldier killed on a battlefield during the First World War.

He was buried in Westminster Abbey in London, at the same time as a similar interment of an unknown French soldier at the Arc de Triomphe in Paris, making both tombs the first to honour the unknown dead of the First World War.

The idea is believed to have come from Reverend David Railton, who, while serving as an army chaplain on the Western Front, had seen a grave marked by a rough cross, which bore the pencil-written legend 'An Unknown British Soldier'.

He wrote to the Dean of Westminster proposing that the unidentified British soldier from the battlefields in France be buried with due ceremony in Westminster Abbey "amongst the kings" to represent the many hundreds of thousands of people who died during the First World War, particularly those who have no known grave.

On 11 November 1920, the second anniversary of the Armistice that ended the First World War, the body of the Unknown Warrior was drawn in a procession to the Cenotaph. Around 1.2 million people visited Westminster Abbey during the week after the burial, and the site is now one of the world's most visited war graves.

This year, Remembrance Sunday falls on 12th November. Golden Charter is proud to support The Royal British Legion and Poppyscotland, who provide lifelong support for the Armed Forces community. In recognition of their work, £25 will be donated to the charities for every funeral plan sold.