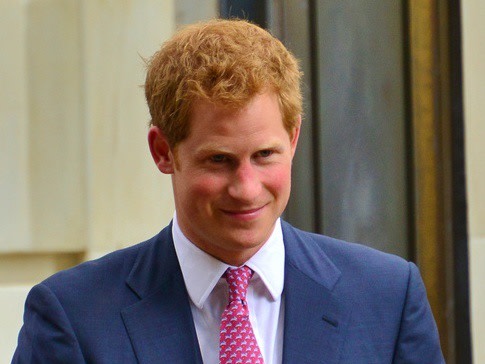 Blog image for Prince Harry shows it helps to talk

There is no denying that the death of Princess Diana in 1997 left a wave of sadness that washed over the hearts of people throughout the world. Who could forget the image of Prince William and Prince Harry, then only 15 and 12, walking silently in their mother's funeral procession as the world mourned?

Now, 20 years on, Prince Harry has made the brave revelation of how losing his mother at such a young age left him in emotional turmoil, consuming him with grief he could only manage after counselling. In a recent interview with the Daily Telegraph, the Prince revealed that he has been 'very close to a complete breakdown' and 'had shut down all his emotions' as a result of the grief he was experiencing.  His way of dealing with the grief that gripped him was 'sticking his head in the sand and refusing to think about his mother.' However, after years of pretending life was fine, he decided to begin counselling to face his problems head on.

Prince Harry has been quoted saying: 'All of a sudden, all of this grief that I have never processed started to come to the forefront and I was like, there is actually a lot of stuff here that I need to deal with'.

It could be said that 20 years is a long time for one to grieve, however it's not that uncommon. Delayed grief (which at its simplest definition is grief that has been postponed) is what Prince Harry has experienced. In cases of delayed grief, the reaction to the loss is postponed until a later time, even years later, and might be triggered by a seemingly unrelated event. For example: in losing a child, a parent may set aside their grief as they are so busy caring for their other children, however, in doing so, they don't take time to allow themselves to cry or express sorrow. Likewise, after a traumatic death, memories surrounding the situation can be so horrible and emotions so painful that the survivor simply suppresses that grief (although this isn't the case with all individuals). Prince Harry has confronted his grief head on and although it hasn't gone away, speaking about it has made it more manageable for him.

Grief can manifest itself physically in many ways, such as unexplained headaches, ulcers, and other physical symptoms. It can reveal itself mentally or emotionally, through depression or unreasonable anger. The Prince admitted that at times he had struggled with aggression and turned to boxing as an outlet for his frustration.

Certain things may trigger a reaction such as smells, events, places or even days of the year which suddenly bring back memories of the person you have lost. You may not fully understand why you are so upset, but that event may just trigger the emotional dam you have constructed causing your delayed grief and emotions to begin pouring out.

How we deal with grief is individual to each person. We may occasionally have times of deep pain and sadness, but we think to ourselves: our loved ones wouldn't want that, they would want us to enjoy life. So we move on.  In cases of delayed grief, similar to Prince Harry, the reaction to the loss is postponed until a later time, and may be triggered by a seemingly unrelated event.

Grief doesn't work on a time schedule and everyone needs their own time to come to terms with the death of a loved one. Prince Harry explained 'the experience I have had is that once you start talking about it, you realise that actually you're part of a big club'.

As a result of the grief he suffered, Prince Harry decided to give this insight into his past in the hope it will encourage people experiencing similar issues to speak out.  As a result, numerous charities have reported higher contact rates from the public with Mind, the leading mental health charity, witnessing a 38% rise in calls. Additionally, The Mix, a Heads Together charity which Prince Harry and Prince William jointly co-ordinate, have also noticed a 43% increase in people using their online services for support in the four days following Prince Harry's interview.

Grief, like death is an inevitable part of life. However, there is no right or wrong way to grieve and everyone experiences it differently. Prince Harry has shown it can help to talk and encourages people to do so when they feel ready.

Losing a loved one is one of the hardest things anyone can go through and understanding what to expect and engaging in coping strategies can help you through the grieving process. Read our guide on coping with grief after the loss of a loved one here.