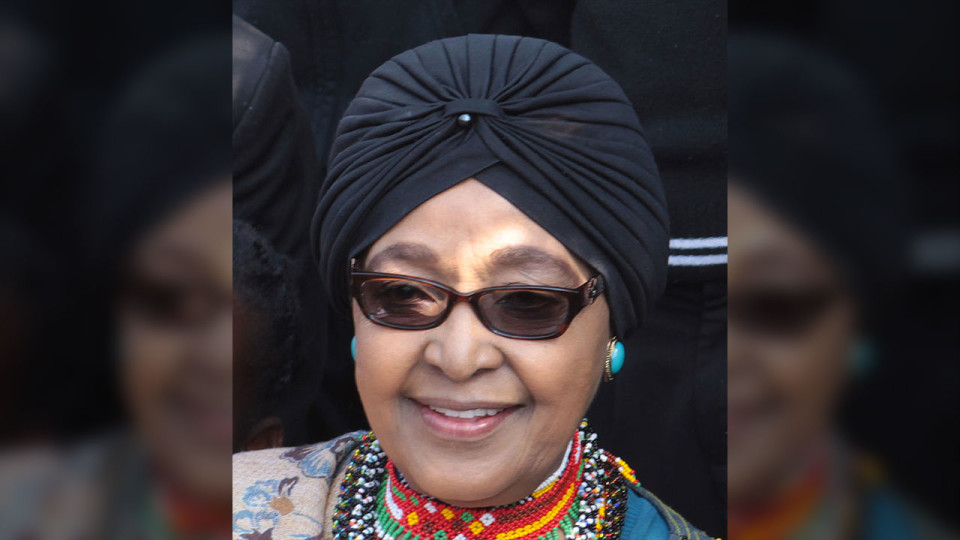 Up to 40,000 mourning South Africans have attended the funeral service of anti-apartheid activist Winnie Madikizela-Mandela. Held in the Orlando Stadium in Soweto, only a mile from where 'Mama Winnie' lived during her struggle against apartheid and until her death at the age of 81.

Her coffin, covered with the South African flag, was taken from her home to the stadium in the same hearse used to carry the remains of her former husband Nelson Mandela.

The crowd, described as both tearful and joyful, listened to tributes, and sang and danced in celebration of the life of the "Mother of the Nation" who struggled to keep South Africa's anti-apartheid fight in the international spotlight during the years that her husband was imprisoned.

"Long before it was fashionable to call for Nelson Mandela's release from Robben Island, it was my mother who kept his memory alive," her elder daughter Zenani Mandela-Dlamini told the cheering crowd.

The sometimes-controversial figure was buried as a national hero, after some discussion about how she should be remembered. Critics said she was implicated in political violence, but supporters point to her leadership in the freedom struggle after her husband was imprisoned and her own personal sacrifice.

At a time of political turmoil in South Africa, President Cyril Ramaphosa hoped that the funeral would be an opportunity for the country to come together and celebrate the contribution of an important national figure.

He said, "We are a nation hurt by our past, numbed our present, hesitant about the future... she has united us in sorrow. She was our conscience."

State funerals are often seen as a unifying moment in a country's history although Mama Winnie's colourful official send-off was very different from those we have in the United Kingdom.

In the UK, a state funeral is usually reserved for a monarch and is a far more sombre affair, conducted according to strict protocol and with the traditional pomp and ceremony associated with British Royal occasions.

Central to a state funeral is a military procession, with the coffin carried on a gun carriage to Westminster Hall in London where the body usually lies in state for three days. The funeral service then takes place at Westminster Abbey or St. Paul's Cathedral.

Very occasionally, and only with the approval of the monarch and Parliament, a state funeral is held to honour an exceptional contribution to the country. Historical figures, Sir Isaac Newton and The Duke of Wellington were honoured in this way as was Sir Winston Churchill in 1965.

Although not requiring parliamentary approval and not a state funeral in the strictest sense, a ceremonial funeral has many of the elements of an official state funeral.

Following her divorce from Prince Charles in 1996, Princess Diana was, technically, no longer a member of the Royal Family and not entitled to a state or ceremonial funeral. However, the extent of the public grief that followed her death led the Prime Minister Tony Blair to recommend a ceremonial funeral.

Whether marked by the colourful costumes and singing and dancing of Mama Winnie's funeral service in Soweto, or the military bands and sombre processions afforded senior members of the British establishment, state funerals are an opportunity for people to come together and reflect on contribution made by the person that has passed - much like every other funeral.