Remembering Together: Kohima and Imphal 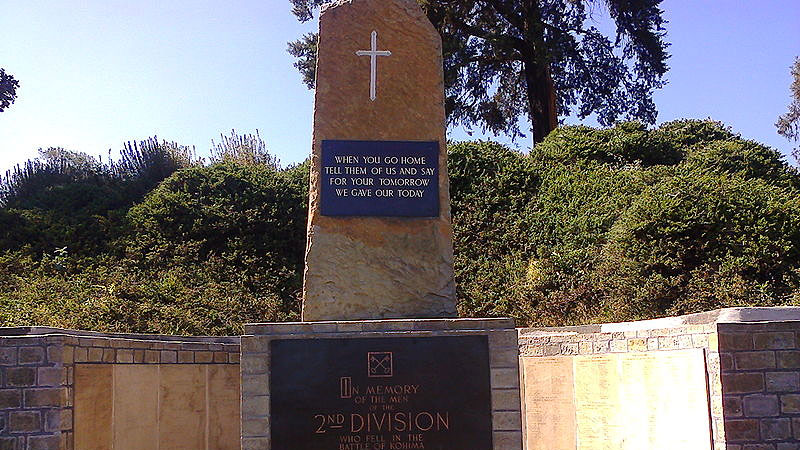 After declaring war against the British Empire in December 1941, the Japanese Imperial Army won a series of victories in Britain's South East Asian colonies forcing the British armies to retreat into Northern British India.

In 1943, a force of British, pre-partition Indian, Gurkha, and African troops was assembled, eventually becoming the 14^th^ army. At the core of this multi-cultural, multi-national force was the British-Indian army, the largest volunteer army in history, a force of 2.5 million men at its height.

Under the command of General William Slim, the 14^th^ army was preparing to go on the offensive in Burma, when Japan launched an attack on India. Towards the end of March 1944, over 15,000 soldiers of the Japanese Imperial Army surrounded a British and Indian garrison of 2,500 men in Kohima.

In some of the fiercest close quarters fighting of the Second World War, the garrison held on until April 18^th^ when a relief column broke the Japanese line and relieved the besieged British and Indian troops.

Although the siege at Kohima was broken, fighting continued until the Allied forces were able to link with forces at Imphal. British and Indian troops had been besieged at Imphal since April 5th, but relief forces had fought their way through by mid-May and by June 22nd had been completely relieved.

The besieged units were able to carry on fighting thanks to a unique system of resupply, relying heavily of supply missions flown by the RAF who dropped nearly 19,000 tons of supplies, over 12,000 men and evacuated around 13,000 casualties.

The success of the resupply missions - named the 'Box' system after a previous battle where the approach was used - alongside the courage and determination of the 14^th^ Army dealt the Japanese Imperial Army the worst defeat in its history. Of the 85,000 Japanese troops that entered the battles, 53,000 were killed or declared missing. The 14th Army suffered nearly 17,000 casualties.

The Stories of Kohima and Imphal

The stories told by the men who fought at Kohima and Imphal are stories of ferocious attacks, hand-to-hand fighting, treating the wounded under fire, with nowhere to evacuate casualties to, and relief at reinforcements finally arriving.

The battles of Kohima and Imphal changed the course of the war in South East Asia. Arguably the greatest British led victory of the war, the triumph destroyed any belief in the invincibility of the Japanese Imperial Army. The 14th Army went on to win victory after victory.

Totalling almost one million personnel by May 1945, the 14th Army had become the largest army in the Commonwealth. It had retaken much of Burma and was readying to retake Malaya and Singapore before the Japanese surrendered after atomic bombs were dropped on Hiroshima and Nagasaki.