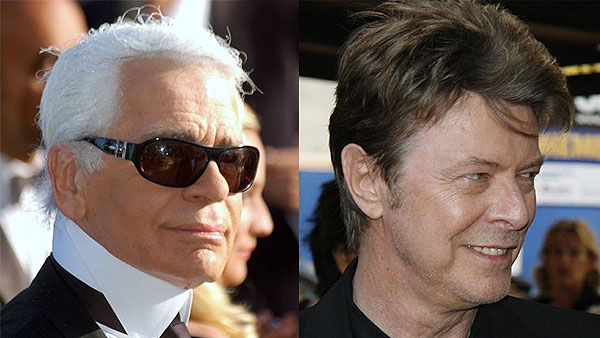 The number of direct cremations in the UK is still small compared with cremations that involve a funeral service. According to the SunLife Cost of Dying Report 2018, just 2% of the total number of cremations in 2018 were direct.

However, that number is expected to rise quickly as a number of factors combine to make direct cremation more attractive to the British public.

But SunLife CEO Dean Lamble has said that current low numbers suggests a 'lack of awareness rather than a lack of willing'. He explained that almost half of people who had recently organised a cremation had not heard of a direct cremation.

The passing of style icons David Bowie in 2016 and Karl Lagerfeld in February this year shone a celebrity spotlight on the idea of cremation without ceremony. And awareness is likely to spread quickly as more and more funeral directors introduce basic 'cremation only' services, making direct cremation readily available across the country.

Personal preference is a big motivation for people choosing direct cremation: Lagerfeld, long-time creative director for Chanel, famously said that he'd "rather die than be buried".

While some see a funeral as an important way to say goodbye, others want to separate their memorial from the distress of their passing. With direct cremation, the timing of the cremation is set by the funeral director. Normally, there are no family or friends present, although witnesses to the cremation are allowed.

Without the time pressure of a formal funeral service, family and friends are free to plan a memorial service at a time, and in a place, that suits them. For some people, the simplicity of a direct cremation is the attraction, with neither them nor their family having to worry about the complicated logistics of a full-blown ceremony - from scheduling crematorium time to accommodating travel arrangements for mourners.

The weakening of established funeral traditions in the UK has also meant people feel able to say they don't want a traditional send off. And for many, this opens up the possibility of a direct cremation as a cheaper alternative than significantly more expensive traditional funerals.

The costs of a funeral in the UK is as high as it has ever been with Sun Life reporting last year that the average amount paid for a basic funeral had risen to £4,271; burials averaged £4,798, cremations averaged £3,744. Direct cremation, with an average cost of £1,712, is over £2,000 less expensive.

In a survey for the Cost of Dying report 2018, SunLife's found that 98% of people who had organised a funeral did not want a lavish funeral for themselves. The clear cost difference meant that, with the direct cremation option explained, 19% of respondents said they would have considered it for the deceased, and 44% said they would consider a direct cremation for their own funeral.

Likely to add to the popularity of direct cremation, prices are actually falling.

In stark contrast to the costs for other types of funeral, rising almost 5% in the last 12 months, the price paid for direct cremation is down by almost 7% over the same period.

Choosing how, where and when you want your final send-off to be is a very personal decision.

Today, more than ever, the range of choices available to people planning their own funerals is wider than ever. From the most traditional of church services to colourful celebration of life ceremonies, people that want a funeral service for themselves or their loved ones have many options.

But equally, whether driven by a desire to avoid making a fuss or to simply save money, direct cremation is increasingly an option being considered by people making their own end of life plans.

Golden Charter has one of the largest networks of independent, local funeral directors in the UK. Many are long-standing, family-run businesses and all can provide compassionate and professional advice.

Find out more about how you can plan for your funeral with one of the funeral directors in our network. Request a free, no obligation information pack below or call 0808 169 4534.