Dying to Talk about Something By Dr Bill Webster 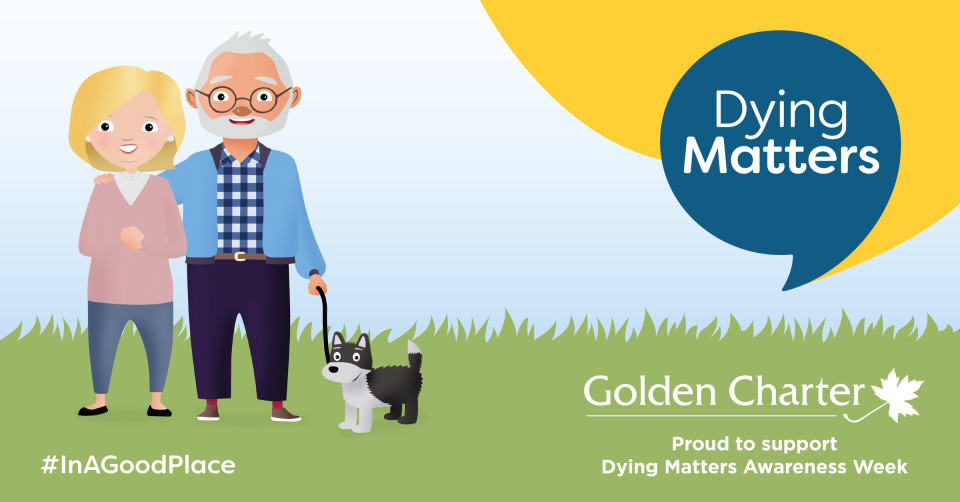 During this Dying Matters Awareness Week, communities and organizers will arrange events to open up conversation around death, dying and bereavement, encouraging people to think and talk about these vital topics.

Let’s admit it right from the beginning. Talking about death is never easy. Even imagining the possibility of our own death or that of our loved ones is a frightening experience. Who wants to think about the end of life? Who can contemplate a world where we don’t exist, or where someone we have needed and depended upon is no longer present? Ours is indeed a death denying culture.

And yet in this year since we first learned about COVID 19, we have been forced to confront the death of loved ones, and the real possibility of our own mortality. Never have we had to contend with such unprecedented threats to our health and wellbeing. Never has there been such a need to talk about death and dying.

Yet even with it staring us in the face, many still refuse to confront the reality, far less the possibility.

But whether we realize it or not, “death” and “dying” are two entirely different issues. While there many wonderful specialists on the subject of “dying”, I have not met any who are “experts on death”. I’m not sure anyone is, (although some would undoubtedly disagreed) because, after all, death itself will be the final test of anyone’s beliefs about what happens after it occurs.

In terms of the unconscious, we cannot conceive of our own death

So while I am sure this week will create many opportunities to talk about “dying”, there remains the question “Why” many people seem reluctant to face, far less discuss death; the inevitable reality that one day our life here will be ended and that our “dying” will have resulted in our “death”.

“In terms of the unconscious, we cannot conceive of our own death, to imagine an actual ending of our own life here on Earth. And if this life of ours has to end, the ending is always attributed to some malicious intervention from the outside, by someone or something else. This is very important to understand. ... If I have to die, I can only conceive of it as being killed, a destructive catastrophic death that hits me from the “outside” when I am not prepared.”

This insightful concept perhaps helps us understand “Why” people find it difficult to conceive a world or situation in which we no longer exist. Think aboiut it; when any loved one dies, we do not want to accept the “termination of their life”, preferring to think of them in some “better place” where their existence, and therefore their connection to us, continues.

So here is my bold conclusion. Talking about death helps us to make the most of life.

We can’t talk about death without talking about life. It is only when we realize that life, even at its longest is brief that people focus on their priorities. Everyone has thoughts around “if you only had 6 months to live, what would you do? Would you be doing the things you have planned, or would you do something else?” Some call it their “bucket list”.

If you only had 6 months to live, what would you do? Would you be doing the things you have planned, or would you do something else?”

And it is important, because life, even at its longest, IS short. “One of these days” eventually becomes “here and now”. Understanding this helps us determine what is REALLY important.

Death is not the ultimate defeat. A live that us unlived is the real tragedy. Antoine St Expurey wrote: “O to reach the point of death, and realize you have never really lived.”

That is why talking about death is important ... because it helps us to LIVE. We are all going to die. We know that reality, even though we may not want to talk or even think about it.

It doesn’t matter how long you live, but how well you live in the time you have. It’s not the moments in your life; it’s the life in your moments. That is what should concern us most.

Facing and talking about death can free us to live the rest of our lives in joy and peace. As Fred Rogers once said, “Anything that is mentionable, is manageable.”