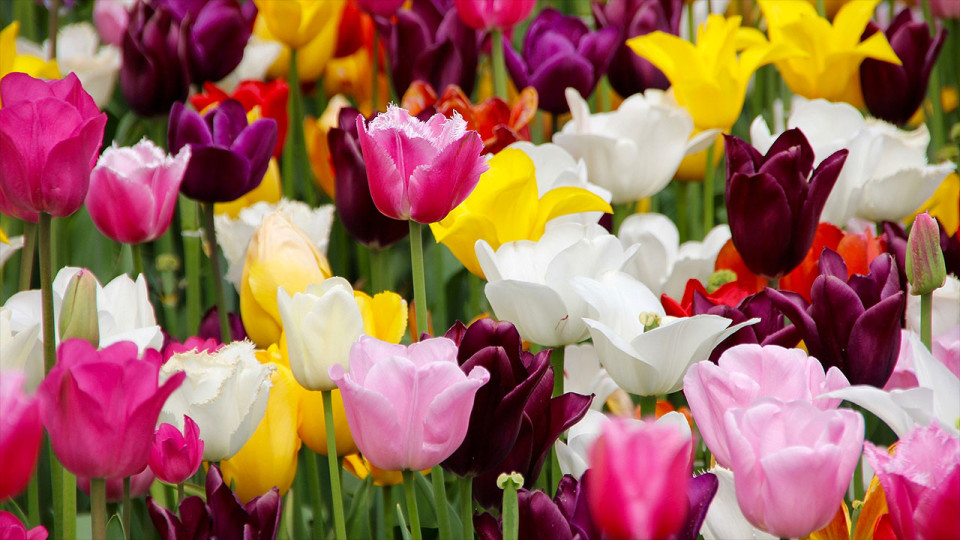 Since the earliest times, flowers have played an important part in funeral rites. There is evidence that Neolithic burials featured floral tributes and medieval households relied on the scent of fresh flowers to freshen the air around bodies kept in the home before burial.

In the Victorian era, Floriography - the language of flowers - developed as a coded way of communicating feelings otherwise forbidden by rigid social etiquette. All types of flowers were given their own symbolic meanings, with these meanings carried over to funerals flower arrangements; the rules for what was or was not florally appropriate became very rigid - while a white lily symbolised purity and orange lily could signify hatred.

There are no longer any rules regarding what types of flower are appropriate for a funeral. These days, more and more people are actually requesting that family and friends make a donation to a favourite charity instead of sending flowers.

That being said, many funeral services still rely on flowers - in the church, the crematorium or a single arrangement on the coffin - to bring a simple beauty into sometimes sombre surroundings. Although there are no real do's-and-don'ts when it comes to floral funeral arrangements, we have listed six of the most common flowers found in funeral flower arrangements and highlighted some of their traditional symbolism.

Revered by the Greeks and the Romans and referenced in the New Testament and by Shakespeare, Lilies are renowned for their elegant beauty. There are many different types of Lily, but white lilies are most often seen in funeral arrangements. Traditionally symbolising innocence and a return to peace, the white stargazer lily is also used to signify sympathy.

The rose is universally acknowledged as a sign of love and affection. There is a huge variety of colours available in roses with white blooms suggesting innocence, red love, pink grace and deep crimson roses denoting grief and sorrow. A single rose placed within a funeral arrangement is said to show enduring love for the deceased.

Carnations are thought to be one of the oldest cultivated flowers and are very practical choice for floral funeral arrangement; they tend to last a long time and are generally affordable. They are also strongly scented and come in an incredible spectrum of colours. White, pink and red carnations are most common in funeral bouquets and wreaths, symbolising innocence, love and remembrance respectively.

Tall gladioli flowers are often used in classic funeral arrangements. Named after the Latin 'Gladius' or sword, they are said to have been worn around the necks of gladiators to protect them from death. Their historic association with gladiators led gladioli to be used, traditionally, as funeral flowers for men. More generally, they are used to represent strength of character and integrity.

Seasonal spring tulips and daffodils suggest new beginnings and can bring hope for the future to a family that is grieving. Bright yellow daffodils introduce a vibrant splash of colour to a sombre funeral service and promise a return to cheerfulness. Tulips signify elegance and grace with white blooms symbolising forgiveness, and red, enduring love.

In some parts of Europe - France, Italy and Spain - chrysanthemums are thought of solely as funeral flowers as they are seen to symbolise death. In China, Japan and Korea, white chrysanthemums signify grief. In the UK there is no strong symbolism associated with 'mums', but their simple beauty and strong colour choices makes them popular in funeral flower arrangements.

Arranging flowers is just one thing on a long list of practical arrangements to be taken care of before a funeral. Fortunately, your funeral director can help. For more information on how to fix the cost of your funeral director's services with Golden Charter, allowing you to choose from more than 3,000 independent funeral directors across the country, visit our Compare our funeral plans page or call 0808 169 4534.