Five types of funerals in the UK 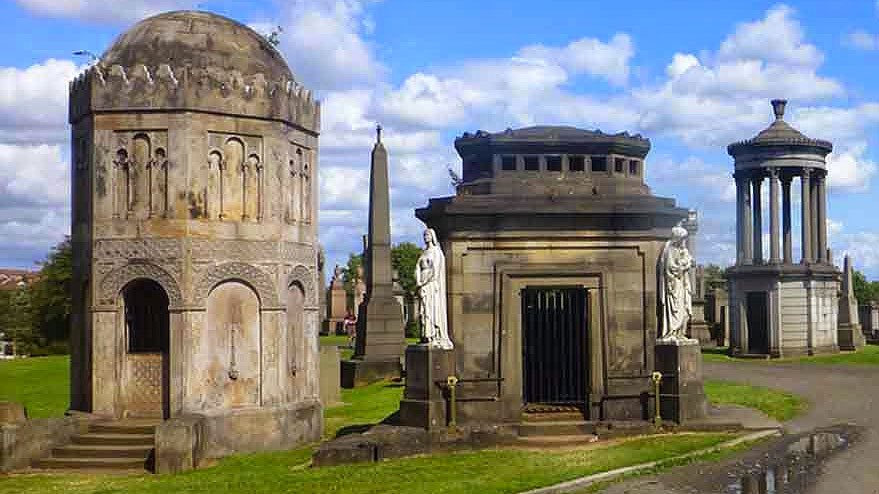 It wasn't so long ago that there was really only one type of funeral in the UK. The majority of funerals followed a very familiar form: a church service with traditional music followed by a burial or cremation. There might be variations in the order of service depending on denomination or faith, but all the mourners wore black and the hearses, the hymns, even the flowers, were immediately recognisable.

These days, with British society more diverse than it has ever been, funeral formats are far less fixed. From dress codes to music, venues to vehicles, the type of funeral you have has become much more a reflection of personal passions rather than dictated by tradition. There's a much wider variety of funeral choices today, giving you an opportunity to have a send off tailored to your own interests.

Buying a funeral plan today gives you complete control over the type of funeral you have. With a network of over 3,000 funeral directors across the UK and a range of plans to meet every budget, Golden Charter can help you plan your funeral the way you want it.

If you are planning ahead, but wondering what kind of funeral you would like, here are five of the most popular types of funeral in the UK to help you decide.

Most funeral services in the UK are still traditional, faith-based services, held in a place of worship and led by a religious official. Religious services are still a reassuring touch-stone for many, drawing on centuries of tradition, representing a familiarity that many find reassuring at times of loss.

Christianity remains the biggest religion in the UK and whether a burial or a cremation, the comfort of the church buildings, soberly dressed mourners and well-loved hymns can help loved ones say goodbye.

As the religious make-up of the UK changes, with millions of people following Islam, Hinduism, Judaism and Sikhism, there are more funerals in these traditions than ever before.

The diversity in our society has also led some people to seek a multi-faith funeral option where the service embraces religion and spirituality, but rather than these being represented within the one faith, all faiths are acknowledged.

According to the Office of National Statistics, the number of British people who say they have no religious conviction has almost doubled since the turn of the century, from 7.7 million in 2001 to 14 million in 2016.

Your funeral director can help organise the service and put you in touch with a celebrant. You can also contact the British Humanist Association for a list of approved celebrants.

One of the big changes driving the increased diversity in the types of funeral held in the UK has been the rising number of people planning their own ceremonies.

In 2015, the BBC reported that more than half of people want their own funeral to be a "celebration of life". This has led to more and more funeral goers wearing colourful clothes and a smile in celebration of a life well lived.

People planning a 'celebration of life' funeral often have their family and friends firmly in mind. Understandably, wanting to minimise the loss and emphasise the part they played in the congregation's lives.

Whilst still tinged with the sadness of loss, celebratory services look happily on memories of the deceased's life and loves in stark contrast to some traditional funerals, which make little mention of the deceased.

Some people just don't want a funeral. In 2016, the body of pop legend David Bowie was sent straight to cremation and while direct cremations, are still in the minority, they are becoming more popular.

The rising cost of funerals is adding to the motivation to keep it simple - a direct cremation simply costs less than a full-blown funeral service. But the 'cremation only' option is also being chosen by people who simply don't want the fuss.

For others, a funeral service gets in the way of a life celebration. With a direct cremation the body is gone and mourners are free to remember and celebrate the life of the deceased at a memorial service or wake without the presence of the body.

As more funerals reflect the personal passions of the deceased and awareness of environmental concerns grows, the number of green or environmentally friendly funerals has increased greatly. The interest in eco-friendly burials has been fuelled by concerns that cremation can create pollutants and for a funeral to be defined as 'eco-friendly' it should not involve cremation.

This has led to an increasing number of burials using biodegradable coffins and burial shrouds with burial plots having no visible impact on the environment. As urban cemeteries run out of space, people interested in a burial are also turning to natural burial sites in woodland and meadows.

The website of the Natural Death Centre, a charitable organisation committed to promoting natural burial, offers a list of sites across the UK.

Whatever type of funeral you choose, it's important to make sure you get the final send off that you want. A funeral plan is an easy way to set out your final wishes, beat rising funeral costs and save your family worry and expense at a difficult time. Visit our Compare our funeral plans page for information on the full range of funeral plans we can offer.