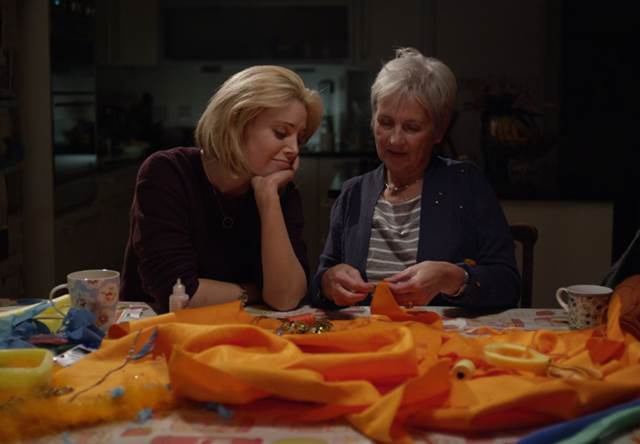 They say change is the only constant these days and that applies to funerals as much as anything else – many long-established traditions continued to give way to personal choice in many of the funerals held last year.

An ever increasing number of people are opting for funeral services that celebrate the life of the person who has died rather than follow a traditional order of service. The individual elements seen in funeral services last year range from the choice of coffin to the style of wake held.

Here are a few of the recent trends in personal funeral preferences.

The range of coffins families can choose from has increased greatly. Where choice once centred on the relative cost of wood and ornamentation, people can now opt for coloured or printed coffins, coffins that can be decorated by friends and family and an expanding range of environmentally friendly options that include woollen or banana leaf caskets. In some cases, bodies are simply wrapped in a shroud.

There is much less black seen at funerals these days as families choose to celebrate the memory of their loved one by asking mourners to wear clothes more suited to a celebration than a sombre service. While black is still the dominant colour at British funerals, bright colours, sports strips and even fancy dress are making an appearance.

Families are also thinking outside the box when it comes to choosing a final outfit, opting to reflect the deceased’s real-life fashion choices rather than accepting stuffy suit-and-tie expectations.

When people think of funerals they often think first of the iconic black hearses that we see regularly in our towns and cities. But while most people still opt for this traditional final transport, alternatives are becoming more common. From electric milk floats to tanks, vintage trucks to pedal-powered bicycle hearses, people are choosing to make their last journey in vehicles that reflect how they lived.

Where most funerals once followed a very staid and formal script, fewer and fewer family funerals are sticking to a prescribed order of service. Even where there is a strong religious element to the funeral service, families are keen to reflect the beliefs and personality of the deceased in their choice of music, flowers, readings and even celebrant.

A huge range of music is being chosen for modern funerals. While still heard regularly, hymns and classical music are being joined by more popular music choices. From Monty Python’s irreverent ‘Always Look on the Bright Side of Life’ to the late Eva Cassidy’s sublime version of ‘Somewhere Over the Rainbow’ the music most often chosen reflects the personal taste or even the personal philosophy of the deceased.

Flowers continue to play an important part in modern funerals and lilies, carnations, roses, gladioli daffodils, tulips and chrysanthemums are timeless funeral flower choices. But increasingly mourners are being encouraged to donate to charity rather than send flowers. The underlying logic is difficult to argue with – a donation to a local hospice or children’s charity represents a lasting tribute to the person who has passed away when compared with a bouquet, no matter how beautiful.

The readings made at a funeral and the rituals performed say a lot about the deceased. Rather than follow established traditions, where religious readings dominate, poems which express the loss a person feels, passages from their loved one’s favourite book and even the words of much-loved songs are opted for also. Equally, funeral rituals, once exclusively religious, now include personal expressions of love and loss, from writing postcards to the departed to blowing bubbles to mark the fragility of life.

The trend for personalising funeral services has even stretched as far as family takeovers of the service. A recent Observer article, highlighting an increase in the number of funeral services conducted by family members describes how writer Harriet Sherwood shared the responsibility of organising and conducting her father’s funeral with her family.

She asks in the article, ‘Why have a stranger leading a ceremony for someone so central to our lives – a person who had never met him and would only be told by us what to say.’

But of course, there are limits to doing your own thing.

Fran Hall of the Good Funeral Guide is quoted in the article as saying: “Even though things have changed very rapidly, there is still only a small minority of people able or willing to take ownership of a ceremony themselves. You have to be able to translate facts into words that will hold people’s attention, and be able to craft a ceremony, while simultaneously being plunged into the unknown depths that is grief – and not everyone can or wants to do that.”

The best approach for making sure your funeral truly reflects your wishes is likely to be a mix of pre-planning and the careful choice of a funeral director and celebrant that will ensure that the wishes of you and your family are reflected fully when the time finally comes.